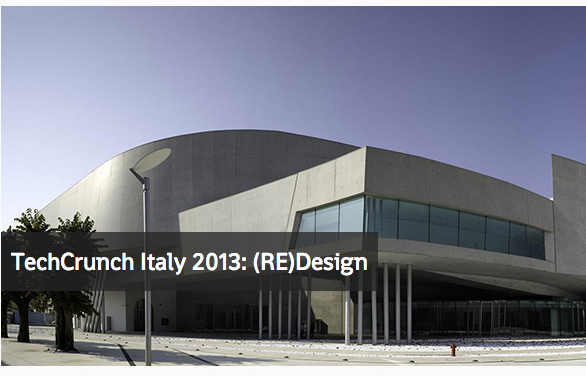 Following an amazing event last year, which saw Italy suddenly ignite its startup scene, TechCrunch has created the TechCrunch Italy conference in partnership with media company Populis. Next week (September 26 and 27) will see delegates descend on MAXXI Museum in Rome to unpack the startup ecosystem in Italy. As part of that, we’ll showcase the finalists in the startup competition, the winner of which will win €50,000. Grab a ticket here.

TechCrunch Italy is becoming the leading Italian event on innovation and startups, an exciting chance for Italian tech entrepreneurship and a unique opportunity to gain an international showcase and meet some of the world’s greatest luminaries of the web.

The finalists represent the best Italian startups, selected from more than 200 nominations by an advisory board of innovators, venture capitalists, journalists and well-known entrepreneurs of the digital landscape.

The advisory board included:

The final prize , offered by Populis, will consist of a fund of €10,000 and €40,000 in media visibility on the Populis network, which includes some of the most popular online news sites in Italy, Germany and Brazil.

The two-day event will gather some of the most recognised leaders and innovators of the technology and media industries in Italy, Europe and the U.S. to give a unique insight into the big changes and trends happening in the world right now.

“This year’s applications have unveiled great projects; we expect the next big idea to come out from TechCrunch Italy 2013,” said Luca Ascani, co-founder of Populis and co-organizer of the event. “Every startup should be able to think big and conceive a project on an international scale since the first day. In some cases this is the main limitation of entrepreneurship in our country, but such an approach is essential not to succumb in the Internet economy. Our goal is precisely to offer this kind of vision to emerging companies operating in the digital sector in Italy , and we will get it through a gathering with some of the world’s most successful Tech Stars.”

The event which will be live streamed on TechCrunch.com and will be partnered by some of the best Italian Media brands: Rainews24 , RDS, Nòva 24 – Il Sole 24 Ore, Blogo, Wired.it .

TechCrunch Italy has been realized thanks to the support of the US Embassy and some of the most influential brands in the innovation field and emerging companies in the startup scenario: DNSEE , LUISS Enlabs and United Ventures, sponsors of the event, and Illy , Moleskine , Tiscali, BizUp , Xister , Eventbrite , Tannico , Uber, Roma Startup , Startup Italia , AppsBuilder , Pathable , Getty Images, Ninja Academy , TOP- IX, Justbit as technical partners.

The Press and Event Contact is Amanda Lorenzani, Head of Communications, Populis and Co Organiser, TechCrunch Italy on Lorenzani@populis.com. Italian contact is Adriana Rava on adriana.rava@populis.com