According to Chirpify founder Chris Teso, “hashtags are the new URL.” Though more than a few people at Twitter are no doubt nodding their head vigorously in agreement, everywhere you turn in the tech industry, someone is creating (or has a patent pending on) “the new, new version of X.” So does Teso’s declaration actually ring true? For starters, some context: Chirpify launched in early 2012 to do something about the fact that social commerce — despite its billing as “the next big thing” in eCommerce — has thus far failed to live up to the hype.

In an effort to make social commerce as easy as possible for Average Joes, Chirpify initially let anyone buy or sell products in-stream on Twitter instantly, using keywords and hashtags like “buy” or “gimme”. Fast forward to the present, and Chirpify has abandoned its P2P, consumer-facing “hashtag commerce” marketplace and is going full-on B2B — and enterprise, to boot.

Like social commerce itself, Chirpify’s P2P social payment marketplace didn’t see the dizzying adoption it hoped for, so the startup has quietly shifted its focus to servicing enterprise players. Today, Chirpify has become a sort of social payment PaaS, helping brands increase conversion across multiple channels, digital and otherwise. In other words, Chirpify is now an enterprise marketing platform — or “conversion platform” to use its lingo.

Given Chirpify’s new focus on advertising and multi-channel marketing for brands, Teso’s claim that hashtags are dethroning URLs starts to make sense. In 1995, he explains, brands used URLs in their advertising as a way to push users to their homepages and towards “conversion.” By 2010, brands had begun directing users to Facebook Brand pages, whereas today, he says, most campaigns now include hashtags, whether it’s an ad on TV, in a magazine or on the Web.

Today, instead of asking users to click on a Facebook page or URL if they want to learn more about a product or, gasp, buy it, Chirpify wants to give brands the ability to let their customers buy direct from Twitter, Facebook or Instagram. Though the real question is, of course, whether people will actually follow suit, and if the ability to buy direct from social streams — that supposed ease of access — will increase the likelihood that we’ll buy the product, whatever it is.

From a strategic standpoint, while social commerce has been slow to take off, Teso thinks enabling brands to advertise and offer direct purchasing through social media positions Chirpify at an increasingly active intersection. Especially between TV and digital, thanks to the rise of the second screen (and third and fourth, etc.) experiences and viewing. A recent Nielsen study, for example, claims that one half of smartphone and tablet owners use their devices while watching TV. 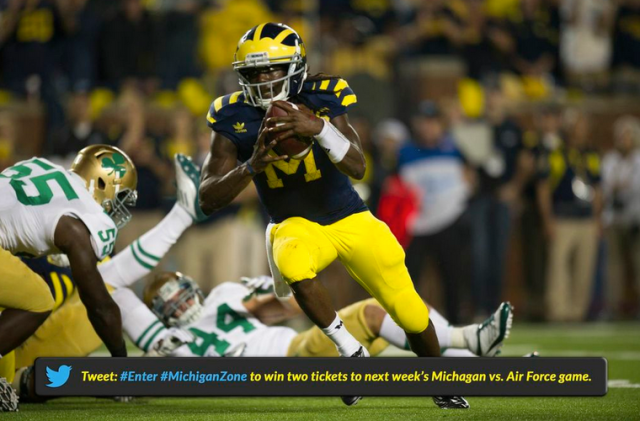 Looking backwards, P2P (and B2C) instant in-stream payments was a cool idea for Chirpify to begin with and remains the foundation of its new platform, but in terms of demand (and where people are), you don’t hear much about mom and pop businesses making a billion from selling their hot cakes on Twitter. While Twitter has hired a “Head of Commerce,” transactions on Twitter and Facebook are far from commonplace. The perception of social commerce as an insecure, awkward and clunky transactional process remains.

Thus, Chirpify shifting its focus to brands isn’t a mistake. While tough for the little guys, big brands, celebrities and the like have found plenty of success using Facebook and Twitter as promotional and advertising channels — to reach (and interact with) their “target” audience. That being said, thought Twitter and Facebook serve well as a megaphone, the problem for brands is turning those 10 million Friends and Followers into buyers, and repeat buyers.

That’s why Chirpify is now leveraging its ability to enable instant, in-stream responses and transactions and applying that to brands’ social campaigns, like product launches, flash sales, VIP offers and contests, for example. The startup wants to help brands turn social channels into a more fluid conversion channel using traditional advertising as well, by enabling advertisers and shows to include hashtag actions (like #vote, #buy, etc.) to get users signing up on websites, Facebook pages, interacting with content or making purchases. Or at least that’s the idea. 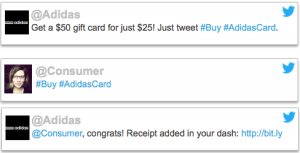 Chirpify’s newest addition to its marketing arsenal, which launches officially today, is called “#actiontags,” which Teso describes as the “logical evolution of hashtags.” Essentially, as one might expect, actiontags give brands the ability to activate hashtags and turn social media channels into an actual point of conversion, cross-channel-style.

Like the Chirpify of old, these actiontags allow people to make purchases, enter contests, donate, subscribe and so on by posting a hashtag — no, ACTIONtag — on Twitter, Facebook or Instagram. Thanks to the wizardry of mobile devices and a little thing called the Intertubes, people can do this from anywhere, while watching TV, in a hot tub, on a boat, from the front of a parade or the back of a concert.

Sounds fishy, how does it work exactly, you ask?

Basically, brands define define the #actiontags (#buy, #donate, etc) and the #campaigntag (whatever’s being sold, say, #HotRoombaDecals) and then advertise them, whereupon customers can respond by posting both tags and transact. iRobot could include “post #buy #roombadecals to purchase” at the end of a TV advertisement, for example, and all users need to do is tweet, Facebook or Instagram that and Chirpify processes the order.

In becoming a B2B social conversion service, Chirpify is also offering a bunch of stuff on the back-end of its platform to help businesses collect data on how their users are interacting with their brands on social media — and make smarter decisions accordingly. Plus, campaign strategy, design, planning and all that jazz. 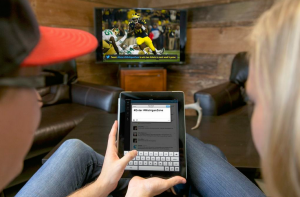 Teso tells us that, since launching in February 2012, Chirpify has seen hundreds of brands and merchants list over 10,000 products on the platform and that it’s currently seeing a 4 percent conversion rate in-stream. Since the beginning of the year — also the point at which the CEO says it made the shift away from consumers — revenue has been doubling month-over-month. It’s allowed the company to “touch bigger budgets,” with the average enterprise client paying Chirpify $25K, he tells us.

Forever 21, MasterCard and NPR’s Live Wire are three of the brands signed up to use Chirpify for cross-channel campaigns out of the gate, and Teso says that the company is in talks with a number of others. With its new direction, Chirpify could have just upped its attractiveness to venues, stadiums, sports teams and promoters — who could use this during live events to hawk merchandise and so on.

From Teso’s vantage point, brands are still hungry for data on how their customers interact with their brands, and their social media channels. Over the long haul, Teso wants Chirpify to help brands find better ways to increase engagement on their social media channels, but the CEO says, at this point, brands are just happy to get a glimpse into that customer intent data.