Microsoft has redesigned Bing’s logo and user interface as it seeks to position the search engine as a developer platform.

Bing’s new logo and search page was designed to fit in with the rest of the visual makeover Microsoft has gradually rolled out for the entire company. The Bing logo’s makeover, meant to look “simple, real and direct,” uses a version of Microsoft’s corporate font Segoe. The entire logo is now in the same orange as the dot in the previous version, which is also the color of the lower-right quadrant of Microsoft’s corporate flag logo.

The new look was unveiled along with Bing’s upgraded search experience, which gives users answers to their questions in a more interactive format than the typical list of links. 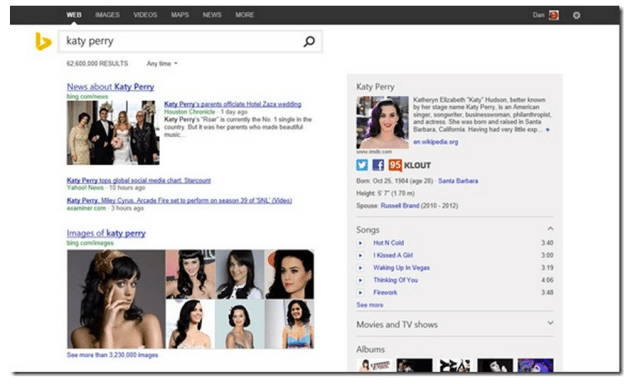 Preview windows will connect users to the section of a Web site most relevant to their search or help them refine their query by giving a look at potential results (like a more visual version of the Autosuggest tool). Bing’s new Pole Position answers questions about local weather, while Snapshot, which was first announced a year ago, produces an information summary about certain topics as well as relevant links. Bing’s social search, which includes content culled from Facebook and other social networks, will be consolidated into a single side bar.

Bing’s new features makes it easier for Microsoft to integrate Bing into products used by their customer, such as Xbox consoles and Windows Phones, as well as predict their future search queries. It also ties into Redmond’s efforts to move Bing to more of a platform, and away from being just a search engine. In June, Microsoft announced that it will open Bing up as a platform for developers, allowing apps within its own platforms, including Windows 8, 8.1 and Xbox One, to use Bing entities such as natural user interfaces, optical character recognition and its mapping and visualization capabilities. As Frederic Lardinois noted, if Microsoft decides to make Bing services available to developers on all platforms, this can help Microsoft better compete against Google.