Today at Parse’s first Developer Day conference, Parse announced new features: background jobs for running JavaScript tasks; a big partnership with game engine Unity; better ways to manage images and user sessions, and improved web support that brings it to parity with its mobile app offering. “Man I wish I had Parse back then,” Mark Zuckerberg said onstage about launching Facebook in 2004.

Parse is the mobile backend-as-a-service that Facebook acquired in April to bolster its platform services offering. It helps developers store their apps’ data in the cloud, handle identity log-ins, deliver push notifications, and roll out custom code from the cloud. Parse became the first paid B2B service provided by Facebook.

When Facebook bought the startup, it had 60,000 apps running on its platform. Despite a vocal minority griping that Facebook would peek at their work, Parse experienced a big growth spurt, with signups spiking 9.4x right after the acquisition. It hit 80,000 apps by May and 100,000 in June. In that time, Parse also launched web hosting so developers could run their web presence or landing page off the same system as their apps and share user data easily across them. 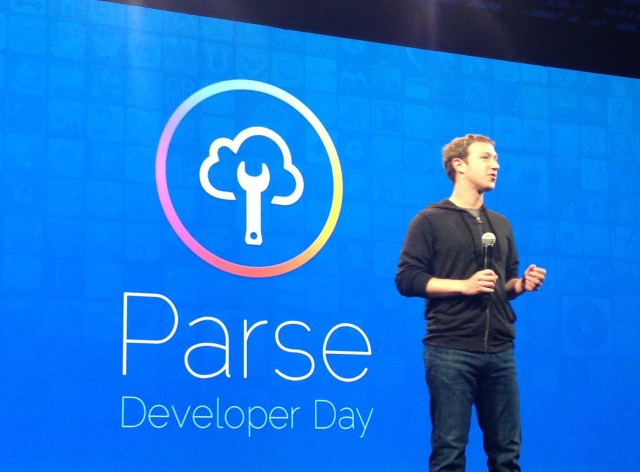 Zuckerberg kicked off the conference with a Facebook origin story. “All I had was $8,000 that my parents had saved for college. We needed to get something that could lug around servers and a router. Someone came up with the idea to buy a used router on eBay and luckily it worked,” Zuckerberg said. “We ended up managing all our own servers,” but all the backend stuff distracted the team from innovating in social networking.

He hopes Parse will alleviate this friction for startups “so you can focus on building great experiences.” Together, he says that at Parse and Facebook, “We’re trying to build tools to help you do two things: build and grow your apps.

Parse CEO Ilya Sukhar then came out and talked about how Parse has grown to handle “billions of API requests, billions of push notifications, and hundreds of millions of devices that have talked to Parse.”

He then got into the meat of the keynote: a slew of new tools and integrations for Parse developers. More on that to come. 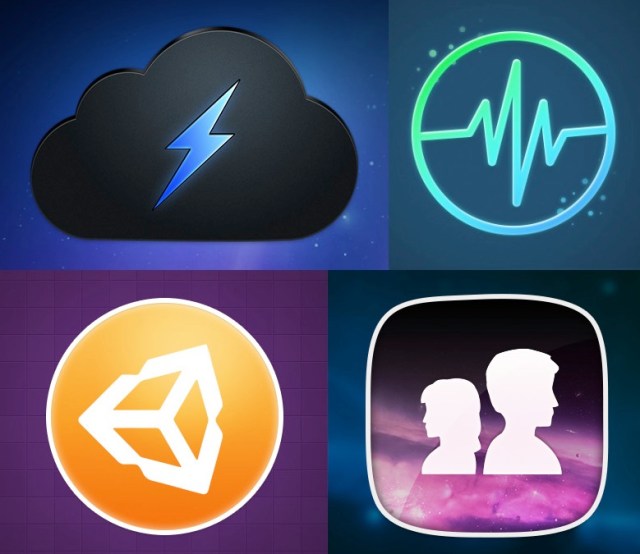 None of these are necessarily “wow” features but rather the logical progression for Parse to extend its capabilities. The goal of the conference wasn’t to shock and awe, or give developers a bunch of things to wrap their heads around. It just wanted to make their lives easier, and these tools should help. Why would you bother doing analytics, background jobs, or image manipulation elsewhere when you can just do it in Parse?

Later in the day, a customer panel led by Facebook PM Director Doug Purdy led a customer panel on which Jeff Jackson, founder of photo-sharing startup Over, explained that Parse saved his app from crashing when it got a huge traffic spike when it was featured in the App Store.

Update: While walking around the conference, I chatted with a few developers about why or why they don’t use Parse. Most worries were about stability. There’s still some fears that Facebook might curtail the mobile backend service if it doesn’t achieve its goals, which could leave developers in the lurch. Facebook hasn’t been shy about changing its developer platform in the past, though I think Parse it a critical enough piece of its platform strategy to keep around.

The most well-founded criticism that keeps developers off Parse is about uptime. When you build on Parse, you have to develop your app in a certain way, and it can’t run elsewhere. The fear is that if Parse goes down temporarily, devs can’t quickly port their apps elsewhere, unlike with more general hosting services for the web like Amazon. Right now, developers absorb the risk if Parse experiences downtime.

One dev told me he’d like Facebook to offer a Parse premium option that comes with insurance that would reimburse him for lost business if Parse went down, thereby transferring the risk off of him and to Facebook. Such an option could bolster developer confidence that Parse is worth investing in.

Overall, the idea of Parse is that if its tools can better help developers with their backends, they might come to Facebook for help integrating social into their app and gaining more users. In that way, Parse nestles in nicely beside Facebook’s SDKs for integrating social login and sharing, and its app install ads. Through Parse, Facebook could get more apps sharing content back to its News Feed that it can monetize with ads, as well as get developers to pay for more ads.

Facebook might not own a thriving mobile app platform like iOS or Android where it can collect taxes on in-app purchases. But by combining backend hosting, analytics, social integrations, and ads to boost growth, Facebook hopes Parse could make it just as important to developers as the operating systems they build on.