With the right tools, Google’s Chromebooks make for cheap Linux development machines, but it takes a bit of work to get there. Nitrous.IO, which offers a fully cloud-based development environment for writing Ruby, Ruby on Rails, Node.js, Go, and Python/Django apps, launched its packaged app for Chrome today. This app turns any Chromebook into a full-blown development environment with an IDE, full terminal access and collaboration tools for pair programming.

This packaged app, the Nitrous.IO team tells us, is the “first Packaged App available in the Google Chrome Web Store that offers a full web-based IDE and linux terminal.” It’s worth noting that you can always install the packaged app on Windows or OS X, too (and on those systems, you now get Chrome’s new app launcher to start these apps, too).

Using Google’s packaged apps gives developers API access to native hardware features that are not usually available to regular web apps, including the networking stack, Bluetooth and USB. This means, developers can use it to add things like shells (which Nitrious.IO uses) to their tools. Packaged apps can also run outside of the browser, which makes them also feel quite a bit more like native apps, even though they are built using HTML5, JavaScript and CSS. The Nitrous.IO team notes that using a packaged app allows it to offer a “faster and more seamless experience vs. a traditional web browser.”

Nitrous.IO provides developers with a fully cloud-hosted development environment with the ability to provision new “boxes” — that is, virtual machines for development — at will. The service offers a free tier with 384MB of RAM and 750MB of storage for basic apps or developers who just want to dip their toes into the environment (or a new language). Additional memory and storage, of course, costs extra. 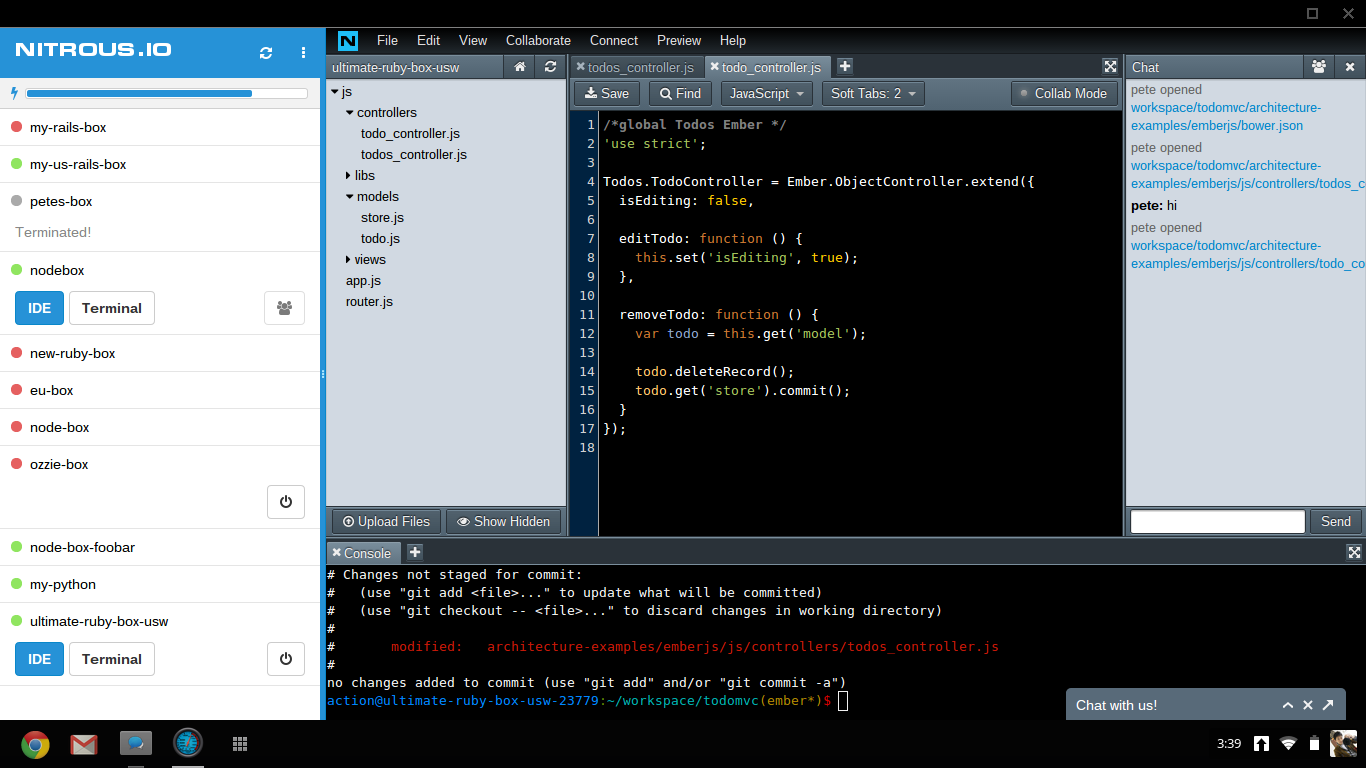