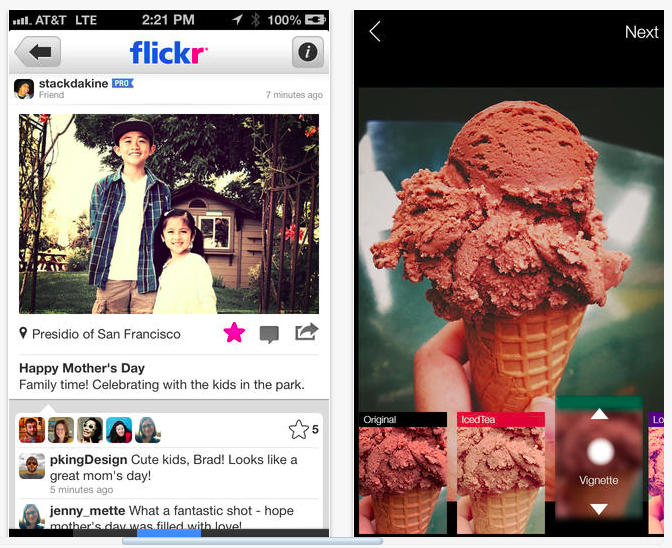 Yahoo has just released a significant new update for its Flickr photo app for iOS, a further sign of how it wants to be not just where you go to store and view pictures, but where you create them as well. Today, to keep up with the Instagram-led field of mobile photography, it’s adding a number of new filter features and new camera tools — perhaps (?) a direct result of its recent acquisition of GhostBird. And, in its bid to bring in more hardcore photography enthusiasts, it’s also dropping the paywall on some of its pro features, bringing the app in line with Yahoo’s decision in May to drop its old Flickr Pro pricing tiers and instead offer paid tiers for those who want to skip ads or have significantly more storage space.

It doesn’t look right now like the update has extended to Android; we’ll keep checking.

The new filter enhancements are a sign of how Yahoo wants to keep up with the times and the craze among mobile photography users to quickly enhance their creations with the touch of a single button, replacing standalone cameras and arguably go several steps further in what the average user can do to take a beautiful shot.

And indeed, here Yahoo is also trying to go one step further. In addition to new filters, Yahoo is offering “live” filters so that you can use them as a lens while photographing. You can also create custom filters on the app. In addition to the camera tools that include grids, pinch to zoom, focus lock and a better ability to manage exposure points, this points to how Yahoo wants this also to replace the role played by apps like Camera+ and Snapseed for avid users.

Something else worth pointing out: If you were familiar with the apps that GhostBird was producing before it was acquired and shut down by Yahoo, you can see that there is a direct link between what is being presented here in the Flickr app and what GhostBird itself had developed as a standalone company. If it’s the case that this is actually a product of that acquisition, announced in June 2013, this is another sign (if one were needed) of how Yahoo, under Mayer, continues to push itself to work at a much faster pace to improve its products and release updates to show for it. (In the past Aviary handled filter technology for Flickr, we understand.)

(The recent, excellent “unauthorized biography” of Mayer and Yahoo in Business Insider gave a vivid example of how that drive was also behind launches like the Yahoo’s updated Mail app.)

It comes at the same time that Instagram is also adding more features for pro-users who want to add that extra level of effort to make their pictures perfect.

On the subject of pro users, to bring more people on to the Flickr platform, Yahoo has been lowering the paywall for premium features online, and that’s now extending to the mobile site too. Today, photo enhancing features, cropping, sharpening, adjusting color and use levels, as well as vignettes are all among the features that become free.

The overall working of the app also now has animated transitions, Yahoo says, adding to the general slick nature.

All in all, considering that Flickr was such an early and big mover in the online photo space, it had a lot of catching up to do. This is already the seventh update to the app (some have been really more for bug fixes that major updates) since it was relaunched as a version 2 in December last year, as one of the key moves in CEO Marissa Mayer’s bid to sort out Yahoo’s dismal standing in mobile. 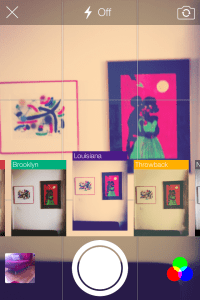 Update: I’ve now downloaded the update and have been playing around with it. And I’d say that while it’s an interesting set of enhancements, there is probably more work to be done. On the filters, the “live” option is good but the filter tabs are so big that they actually get in the way of seeing the image on the screen. I’m also not convinced the contrasts among the filters is strong enough, although I suppose I can use the custom option to create my own. It would be interesting to see if Yahoo opens that option up for users to share custom filters, or even sell them.

The new app doesn’t have an auto-straightening feature the way that Instagram has now incorporated into its latest version, but it does have an easy enough feature to do this yourself in the editing tools. 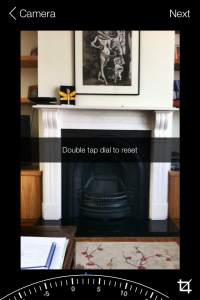