There are whispers bouncing around Silicon Valley that a Google executive might be selected as Microsoft’s next CEO. The concept isn’t out of the question, especially following Marissa Mayer’s move to Yahoo. That transition has gone, by most accounts, well.

To become the next CEO of Microsoft, a number of traits are required: Experience leading teams at scale; experience working with and inside large technology companies; technical competence; and an X factor that we’ll simply dub “swagger” to annoy the pedants.

Thus, if we are to listen to the clucking about a Google exec hopping over to Redmond, we can vet their top staff with the above credentials and speculate about their chances, if any, of taking over the top spot at Microsoft. The list is short, because Microsoft is a company that did not have $20 billion in revenue in its most recent fiscal year, but $20 billion in net profit. It’s an enormous and complex operation, and not one to be trusted with someone who could be viewed as an experiment.

My colleague Frederic Lardinois, who covers Google, and myself — I cover Microsoft — have combed through the possibilities for your enjoyment. 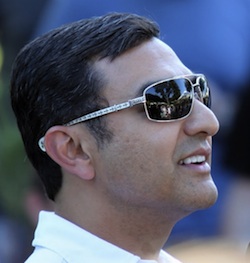 Frederic: The Googler’s name most often rumored with regard to Microsoft is Vic Gundotra. He has led Google’s social networking efforts around Google+ for the last few years. But he’s a controversial figure inside of Google and how successful his work has really been remains up for discussion. The fact that Gundotra is a former Microsoftie obviously increases his chances.

During his long tenure there, he eventually became the company’s general manager for platform evangelism, which has always been a high-profile role during the years of his tenure at the company (though nobody seems to be putting Microsoft’s current chief evangelist Steven Guggenheimer on the short list to become the next CEO). Gundotra does not, however, have any CEO experience and while he has led a large team at Google and runs a service that touches many of the company’s products, I’m having a hard time seeing him at the helm of Microsoft.

Alex: Be nice to Guggs. He’s good people. But you have a point that his role at Microsoft, while important, does not seem to be on the ramp to the top chair. Vic runs Google+. That’s an important role inside of Google, but it doesn’t seem to be something on the same plane of scale as Microsoft. I don’t see this happening.

Frederic: Another Googler being bandied about is Andy Rubin. After Larry Page’s last mini-reorg, which put Sundar Pichai in charge of both ChromeOS and Android, things have gotten pretty quiet around the previously ubiquitous Rubin and it’s not even clear what he’s doing today. 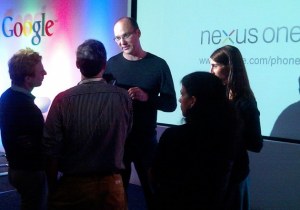 This definitely feels a bit like the story we know about Marissa Mayer and her last few months at Google before she became Yahoo’s new CEO. Rubin’s background in both software and devices could make him a decent fit from the product side. He was one of the co-founders and CEO of both Danger and Android, after all (though he left Danger in 2003, five years before it was acquired by Microsoft). Like Gundotra, however, he doesn’t have the experience of running a massive company like Microsoft, which — assuming the board isn’t feeling very adventurous — would quickly disqualify him from the job. But his “devices and services” background could make him a better fit than Gundotra.

Alex: Rubin is an interesting option, mostly because he has CEO experience, the status required to pick up a job like boss of Microsoft, and could be bored. A lethal combination, naturally. That said, disappearing inside of Google X might not mean anything other than Rubin’s work on a project that Google isn’t ready to speak about. Still, losing Android wasn’t a simply lateral move for Rubin.

Frederic: Looking at the rest of the Google team, a couple of other names stand out, including Sundar Pichai, who feels a bit like the CEO in training and therefore unlikely to leave, or Urs Hölzle, who runs Google’s massive technical infrastructure but doesn’t feel like a good bet for a CEO position right now. None of them, however, look like ideal candidates to fill Ballmer’s gigantic, if contentious, shoes.

Alex: What’s interesting in this is that Google’s bench isn’t as deep as you might expect. Frederic says this could be due to the simple fact that its founders are still on board, and its executive chairman was once the CEO. Yes. This does limit the pool.

The person that Microsoft needs would be intimately aware of how broad the larger tech companies have become — Apple, Google, and Microsoft compete on productivity software, mobile phones, music sales, video content deals and dozens of other things — and be able to manage that somewhat controlled chaos. Someone, say, who has run or is running a company like that.

Only those people already have jobs that they like.

So this leaves us with internal candidates mainly. Think Terry Myerson, Satya Nadella, and the like. The problem with those names is that they were recently ensconced in new roles. Moving them would require more internal changes at Microsoft in a time when it needs stability. Of course, the CEO change is turbulence itself.

Ballmer Bingo is fun, and worth playing because it reacquaints us with the heavyweights in tech that are either sitting on the sideline, or underutilized. Let the leaks begin.