Who knew that a startup based around a thermostat could be so damn successful? But that’s exactly what Nest Labs, led by Matt Rogers and Tony Fadell, has managed to accomplish. Now almost two years since launching, Nest Labs has stood tall against the establishment and proved that great design along with a keen understanding of the target market can result in runaway success. This is why we’re excited to have founder Matt Rogers at Disrupt SF 2013.

Hardware is quickly becoming a hot item within Silicon Valley, and Rogers is a key player leading the charge. Before co-founding Nest Labs he was part of the iPod software development team and an early iPhone and iPad engineer. Needless to say, he has earned his stripes in hardware development.

Hardware startups will be a big part of Disrupt SF with several speakers dedicated to the topic. Rogers joins other such notable speakers as GoPro’s Nick Woodman and Pebble Watch’s Eric Migicovsky. The final day of the Disrupt Startup Alley is also reserved for just hardware startups. Registration for that opportunity closes Wednesday night. 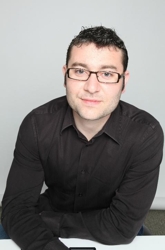 Matt Rogers is founder and VP of Engineering at Nest Labs, creator of the Nest Learning Thermostat. By applying modern design and technology, Nest has made the thermostat sexy and revitalized a stagnant – yet very important – industry. Matt is responsible for all product development at Nest, ranging from mechanical design to software to web services, and everything in between. Most recently, Matt led the creation of the second-generation Nest Learning Thermostat, which was released in early October – less than a year after the launch of the first-generation Nest thermostat. Matt also serves on Nest’s board of directors.