Nara, a Cambridge, Mass.-based recommendation service, today announced that it is expanding its service from restaurant recommendations to also include hotels in about 50 cities in the U.S. and Canada.

Nara, which calls itself a “computational neuroscience company that analyzes and personalizes Web data,” always had the ambition to be much more than just a restaurant recommendation services, as its CEO Thomas Copeman told me when the company announced its $4 million Series A round last year. Its aim is to create a fully personalized web for its users and its current recommendation systems are essentially just a proof-of-concept for the company. 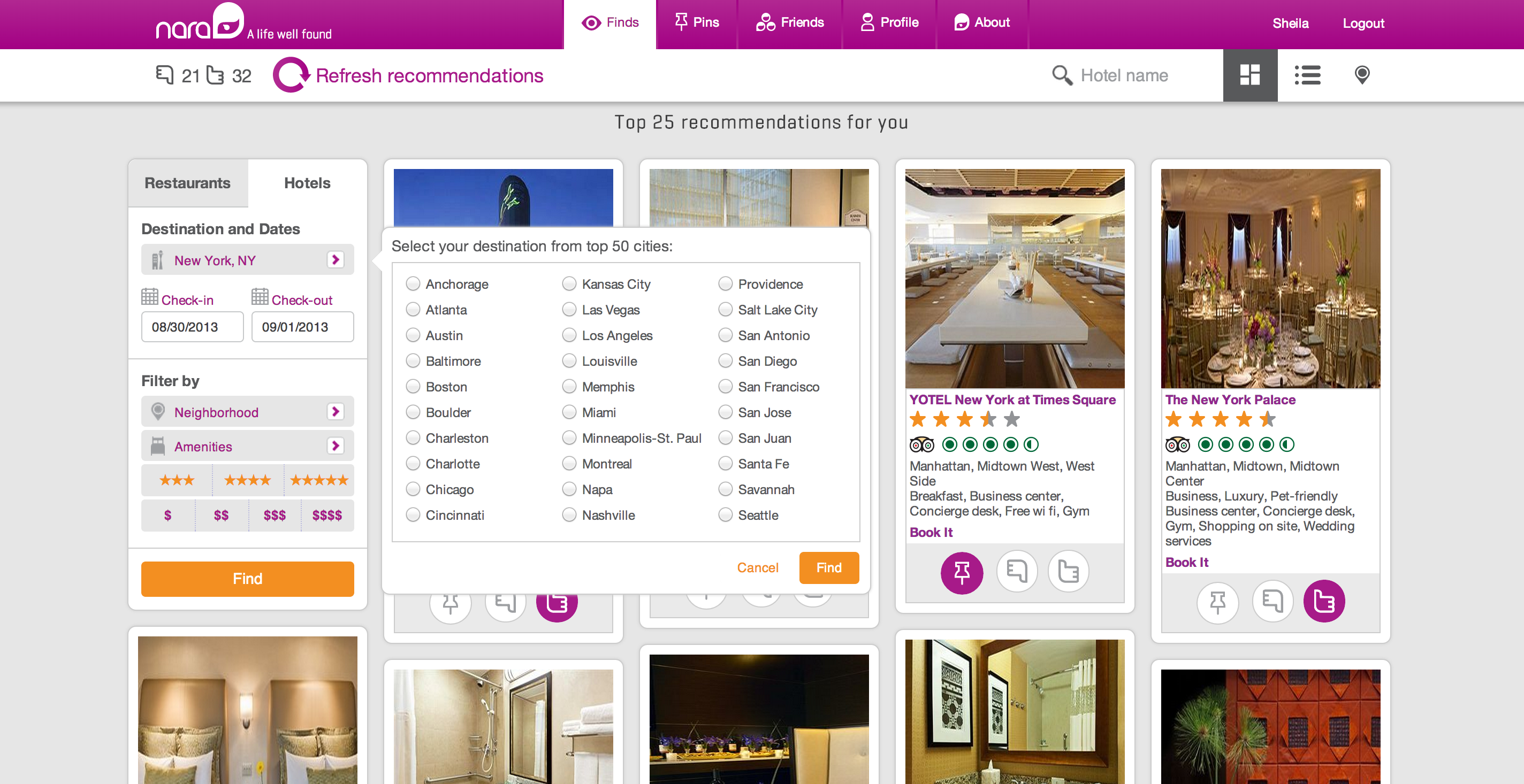 The company, which recently landed Singapore’s SingTel as its first telco customer, uses the Expedia Affiliate Network to power its online bookings engine and TripAdvisor ratings and review to give its users more information about hotels. At the core, however, Nara uses its neural networking-based recommendation engine to learn about its user’s tastes and create what the company calls a “Digital DNA” profile for each one of its users.

“From its inception, Nara.me was built to be a 21st century personal Internet portal,” said Thomas Copeman, chief executive officer and founder of Nara in a statement today. “Today’s announcement demonstrates our commitment to delivering more personalized and relevant content to our users across essential consumer lifestyle categories on the web. Our initial foray into restaurants and, now, hotels is just the beginning of Nara’s capabilities. We are excited to bring the next generation of search to the hospitality, travel, and leisure markets.” 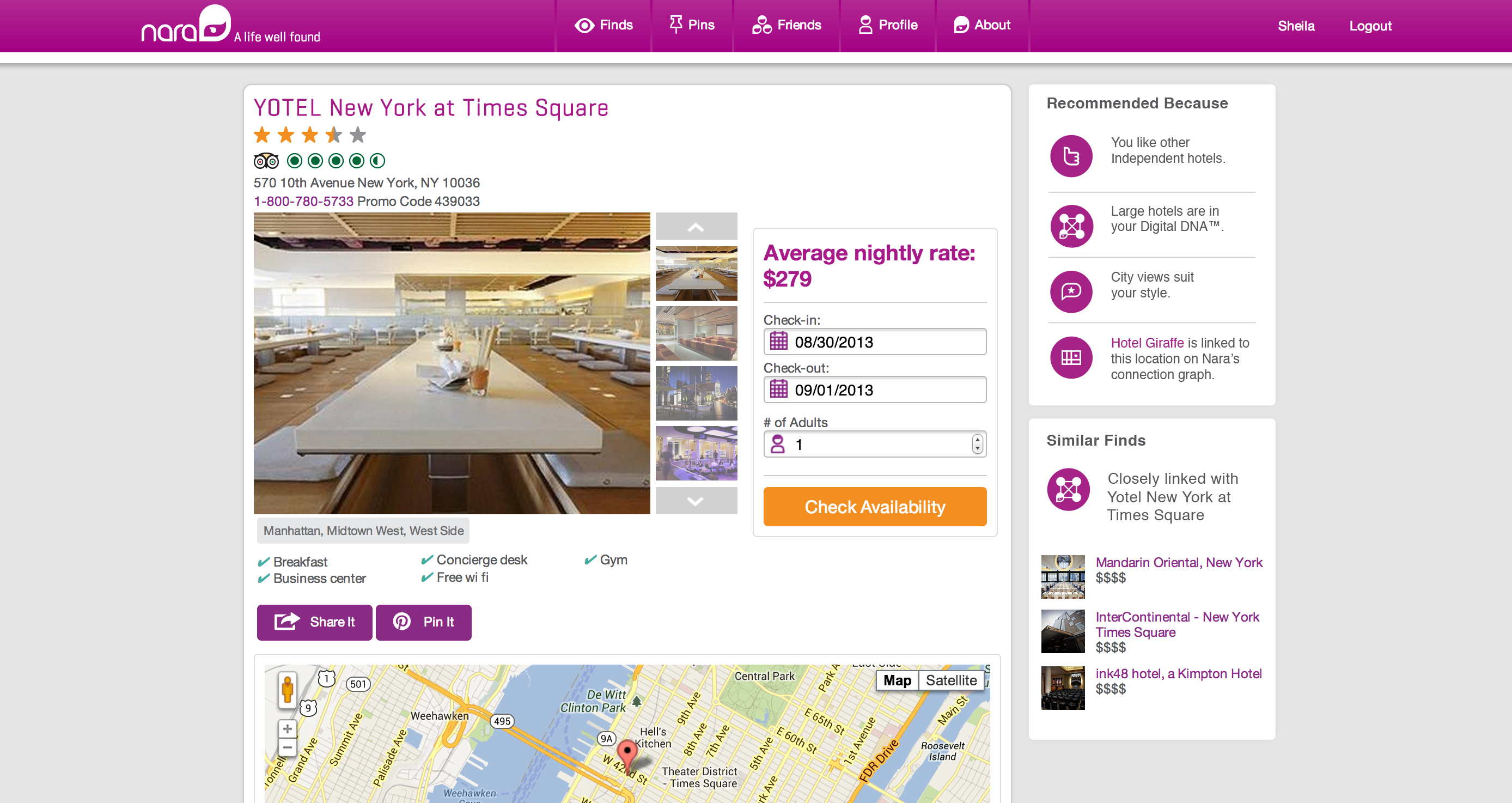