Nextpeer, an Israeli startup that’s looking to make every mobile game multiplayer-enabled, is landing on Android after racking up about 10 million monthly actives in its network on iOS.

The company’s SDK basically offers a deeper version what earlier mobile-social gaming platforms tried to do by letting players compete directly against friends or random players in both asynchronous and synchronous tournaments.

“When people think about playing together in mobile games, we want the first thing that goes through their head to be Nextpeer,” said Shai Magizmof, the company’s CEO and co-founder.

Their pitch is that multiplayer mode boosts player retention, as people can compete against real friends for the highest score. Earlier mobile-social gaming networks like OpenFeint focused on leaderboards and a news feed of player activity, which is less engaging than an actual live tournament.

The startup says that the SDK integration takes a few hours of work and it manages push notifications, Facebook challenges, analytics and cross-promotions.

The company started off slowly with barely just a handful of titles until a game earlier this year called “A Bike Race of Ninja Temple” took off. Then they started racking up titles quickly, reaching about 2,000 games in the network on iOS alone. That brought them to 15 million unique players and 10 million monthly actives in the network. 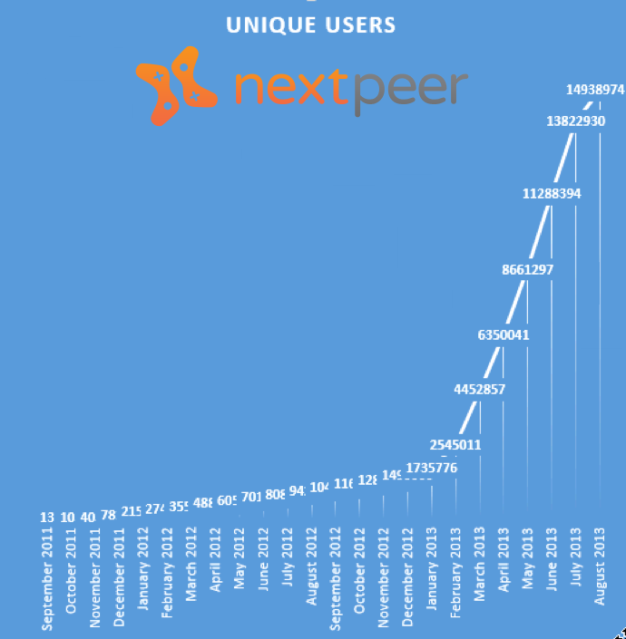 Now they’re coming to Android with about 100 titles in the waiting, and are planning to support Unity and build an enterprise-level SDK to allow bigger studios to customize their integrations.

The company has raised about $2 million from private investors and has about 15 employees.

Many, many other gaming platforms like OpenFeint, DeNA’s Mobage and Papaya Mobile have tried to accumulate a network of users through giving third-party developers social features. But the monetization part of the model hasn’t always worked given that Apple and Google already provide decent payment mechanisms for markets in developer countries and have their own competing products like Game Center.

Nextpeer, which was originally going to rely on a virtual currency-centric model for monetization, has since switched toward doing cross-promotions and advertising. It’s not unlike what San Francisco-based Chartboost does across its network of 16,000 games.