Hoping to address the software developer skills crisis choking Australia’s startup ecosystem, Learnable.com is giving away $10 million in credits to high school students to access its library of web development videos, ebooks, and access to its community of other students and subject matter experts.  Spanning 10,000 students, the Melbourne startup hopes to reverse the engineering deficit and replicate the success of Aussie successes, Atlassian, 99designs, and We Are Hunted (recently acquired by Twitter).

The Learnable For Schools initiative will give 10,000 students three-years free access, worth $1,000 each, to the site’s 4,162 video courses, covering a range of platforms, coding languages, and business topics; ebooks published by Sitepoint — whose online forums originally spawned Learnable; and crowdsourced design marketplace 99designs.

Learnable.com co-founder Leni Mayo, who is also an angel investor and the co-founder of 99Designs, hopes that more local computer science graduates will cut Australia’s growing dependence on imported technology talent. He said Aussie kids are missing out on the digital revolution, and the land down under risks falling off the economic map.

“Australia is near the bottom of the OECD in creating students interested Science, Technology, Engineering and Math4 (STEM),” Mayo said. “In Vietnam, computer science education begins in year four [and] in the UK coding is now a key component of the new school curriculum from primary school. If Australia wants to be globally competitive, it is vital we include programming in schools as early as possible.” 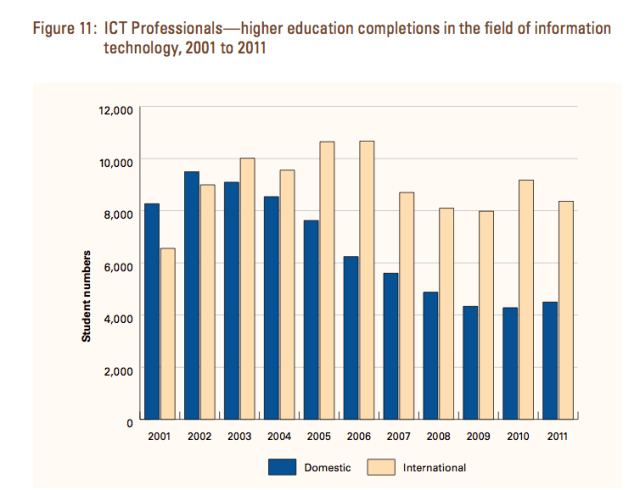 The island-continent’s universities and technology industry have struggled to sell the benefits of a computer science degree, with most Antipodean high school students preferring to pursue more immediately prestigious professions such as law, medicine, or business. However, the education institutions only have themselves to blame as they have overlooked domestic students in order to lure lucrative foreign students, who can pay up to ten times more for their education.

This shortage is not only affecting the ability of local businesses and corporates to keep pace with the rapid evolution of technology but is also stifling the growth of the local startup ecosystem, where there is a serious shortage of tech co-founders (just attend any Startup Weekend event and you’ll see). 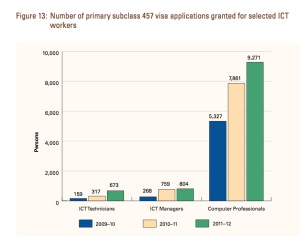 In July, the Australian government’s workforce and productivity agency warned the the poor supply of domestic ICT graduates had created an unhealthy reliance on the 457 skilled worker visa as the country’s primary source of tech talent. Despite this, the government, pandering to the xenophobic vote, recently tightened the immigration rules, making it harder for local businesses to import foreign tech workers.

The system is at breaking point.

The government agency recommended that this be addressed by improving the perceptions of ICT as a career choice, as well as promoting diversity in the workforce — currently women occupy less than 20 per cent of positions in the majority of ICT occupations, almost half the rate compared to other industries.

Specifically, it said education stakeholders should pilot an online semester-long ICT module for secondary students that can be completed and assessed online.

The Learnable.com initiative could be the first step to solving the problem.