BandPage has been trying to rebuild as a cross-web tool for managing musician presences since it got steamrolled by Facebook Timeline. Today it took a big step toward its “publish once, update everywhere” dream with exclusive deals for artists to manage their profiles on VEVO and Xbox Music. These platforms have tens of millions of users, meaning BandPage is suddenly somewhat of a necessity.

I’ll try to make a long, painful story short. BandPage started as an app that bands could add as Facebook Pages to show off streaming music, bios, photos and tour dates. The old Pages design let musicians set BandPage as their default landing tab. It quickly grew to host 500,000 artists, see 32 million monthly visitors, and raise a $16 million Series B. But in early 2012 when Facebook switched Pages to the Timeline design and removed the default landing tab ability, BandPage lost 90 percent of its traffic. 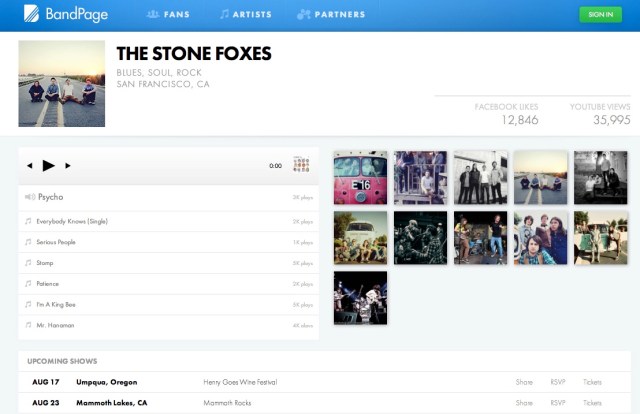 With so much investment it needed a new strategy, so a year ago it settled on helping bands keep their whole web presence synced and up to date from a central dashboard. That included their websites, Facebook pages, WordPress blogs and more. Then in March of this year it launched “Experiences” to allow artists to sell unique merchandise, backstage passes, meetups, and more as an extra revenue stream. This week it begins rolling out Experiences from the test group of 50 that BandPage CEO J Sider says made tens of thousands of dollars in sales to all its artists.

BandPage still claims to have 500,000 artists on its platform, but that number hasn’t changed in over a year, implying stagnation or decline. Sider wouldn’t tell me how many still actively update their profiles. The problem was that BandPage wasn’t totally necessary. It was also competing with other presence-management tools like Topspin, ReverbNation, and musician profile platforms like Bandcamp. 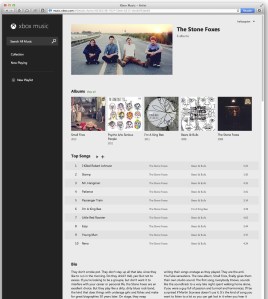 With other ways for artists to update their Facebook, website, blogs presences available, it looked to sign deals with the new music streaming services and platforms. My sources tell me, and Sider confirms, that it was in talks with Spotify to power artist management of profiles, but “that didn’t end up happening.”

Luckily it’s getting its second chance at relevance with today’s deal. If artists want to customize and manage their profiles on VEVO, the YouTube-based music video platform, or Xbox Music, Microsoft’s new gaming console-based cross-platform music-streaming service, they have to go through BandPage.

BandPage free tools will let artists update their profile pictures, biography, and tour dates on VEVO, and their pic and bio on Xbox Music. Sider tells me the goal is to help these artists forge a stronger connection with their fans, get more engagement, and eventually earn more money.

“There are tens of millions of fans interacting with an artists’ songs or music videos on these platforms, but the artists are not able to get the right info to them. If a small band wins a battle of a bands or a big artist wins a Grammy, that’s important,” says Sider. Bands want to make sure they’re conveying their latest style and keeping tour dates with ticket purchase links up to date without fiddling with a dozens sites. Sider says, “we want to empower musicians.”

The idea is that if artists can stay closer to fans they’ll end up selling or streaming more music (the old ways to make money), and selling more merchandise and concert tickets (the post-digital way). If BandPage can sign more of these deals and make itself essential to musicians, it might be able to convince them to pay $20 for a year premium subscription for extra customization tools. It will need to get VEVO and Xbox to actively promote BandPage to artists, and then prove the value of managing them closely.

“I’ve been working my ass off and our team has been working its ass off for the last three-and-a-half years to create the BandPage platform to help musicians reach fans, increase engagement, and increase revenue.” After its stumble on Facebook, these exclusive deals might raise BandPage from the ashes.