Ever since the launch of Instagram for Video, there’s been one thing that was so obviously missing that we actually asked where it was during the announcement itself (well, during the Q&A afterward, at least): video importing.

Up until now, any video you wanted to push into Instagram had to be shot through the Instagram app. If you had something sitting in your camera roll already that you wanted to upload… well, bummer. No longer.

Instagram has just started rolling out version 4.1 of their app, an update that focuses on three things:

When we first asked Instagram’s Kevin Systrom about video importing, he gave two reasons for its absence: they were still working out how to best 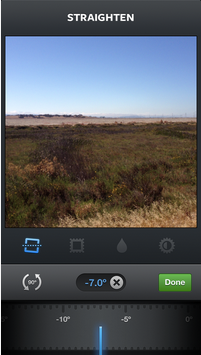 The problem with that last bit, though, is that it’s… not really how good (non-scripted) video happens. The best moments to share with video are the ones that you don’t expect; they’re the things that just so happen to occur while you’re recording, not because you’re recording. Capped at just 15 seconds, Instagram’s built-in video recorder isn’t very good at capturing these little bouts of serendipity.

The update should start rolling out to both Android and iOS users today, so keep your eyes peeled.