Whispering in a riot is how I would describe commenting on a Facebook Page’s feed posts. No matter how thoughtful they are, your words get drowned out. But a combo of new features is fulfilling Facebook’s promise of two-way conversation.

Devise a comment that resonates with others, make it a catchy image macro meme, score enough Likes, and your message gets hoisted to the top of the thread.

For years, comments on Page posts were utter chaos. A churning sea of disjointed nonsense and inanity. There was no threading. No ranking. Comments just flooded in reverse-chronologically. On popular Pages, comments would come so fast that there was no chance for meaningful discourse, and anything smart you said got buried immediately. I basically never commented on Page posts because there was no point.

Finally over the last few months, Facebook wised up. In March it began rolling out comment threading so you could actually reply to specific other comments, Inside Facebook reported. Still there was no way to find the best comments beyond sifting through the haystack. And trust, a good share of admins weren’t putzing around reading their comment reels either. Too much time for too little insight. That means they weren’t hearing the consensus of their fans, or feedback about whether their posts were on the money, erroneous, or in bad taste. They mostly just went by Like count.

But then in June Facebook began letting Page admins sort how their comments were displayed. Reels defaulted to showing “Top Comments” at the top, with admins allowed to switch them back to “Recent Activity” first as before. Suddenly, smart, poignant, or funny comments could rise above the din. Click on the comments section of a news feed post and you’ll see those top comments first. Visit a Page’s Timeline and they’re shown below each post automatically.

Still, you needed to have a way with words to get enough Likes for your comment to get bumped to the top. At least until July 18th when Facebook rolled out the option to comment with an uploaded photo. Suddenly, a new call and response communication style came to the social network.

The fact is that image memes are punchy and eye-catching. They can rack up Likes a lot faster than text and therefore are more likely to become Top Comments. And while only the Internet savvy will know how to slap an LolCats-style image macro together with tools like Quick Meme, at least some fans’ opinions will be heard. In my favorite format, when you look at a Page’s photo post in the full-screen theater mode, you see the comments prominently splayed out on the right sidebar. It feels like the proper balance of original to response content, and enables some hilarious sight gags.

What’s important is that this is a step for Facebook away from being a broadcast medium and toward fostering discussion. Sometimes that discussion is an argument, with fans calling out the admins for posting something false or insensitive. Sometimes it’s a chorus, where a top photo comment reinforces or enhances the original content. And yes, sometimes totally unrelated memes will filter into places of prominence, detracting from the conversation. But hopefully as the novelty of photo comments wanes, they’ll let fans actually reach each other and the Pages they follow. If you’re witty and can wield a meme, your voice on Facebook just got a lot louder.

Now for some examples:

Criticizing the admin for posting something that had already been posted. 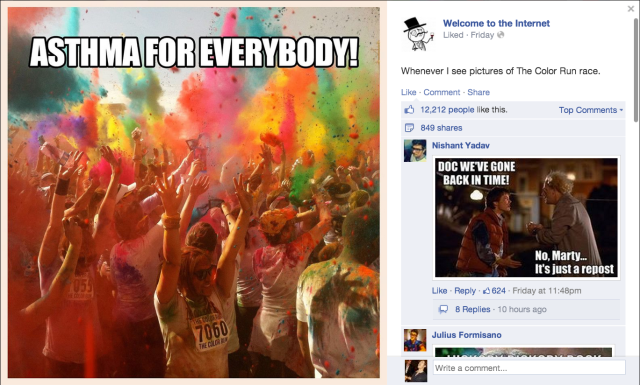 Getting the message across: This Page is for funny, and this post wasn’t 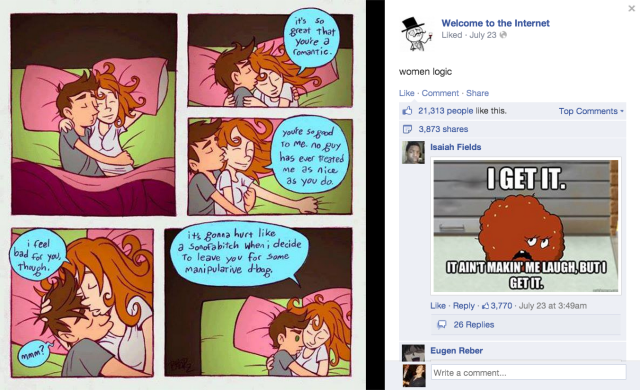 Photo commenter tells the other half of the story 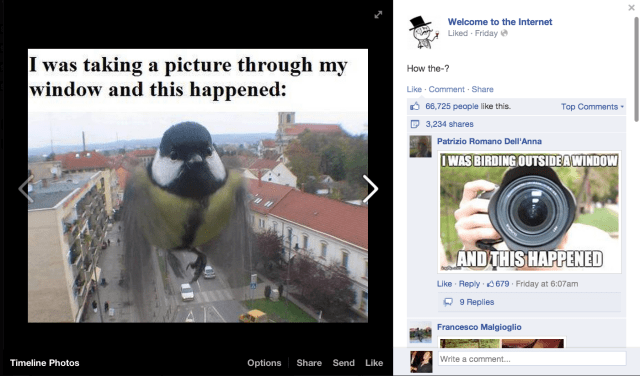 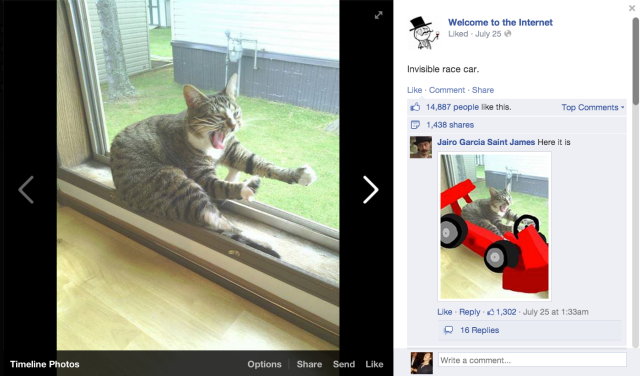 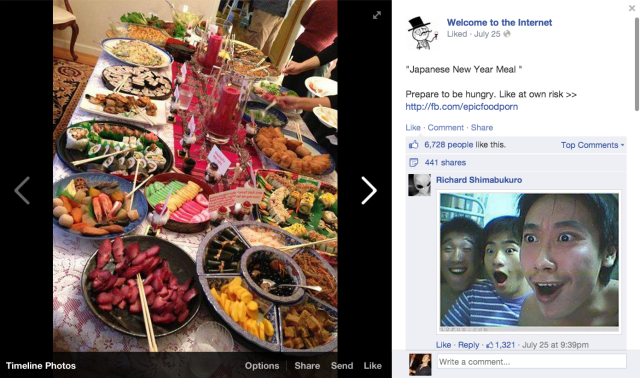 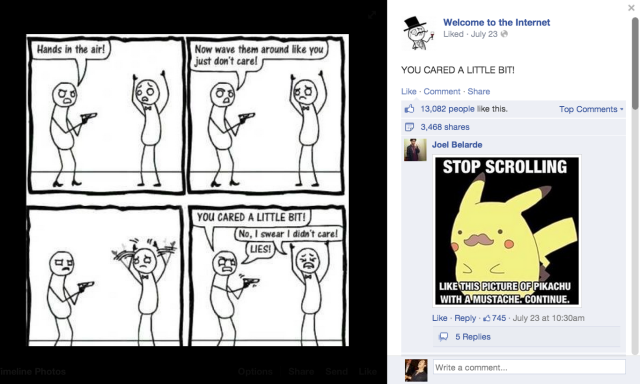 And this could be just the beginning 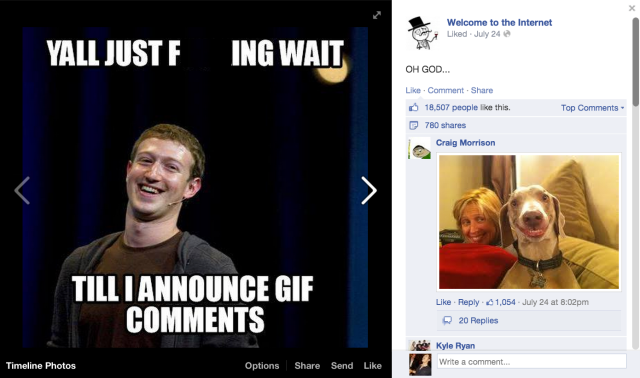