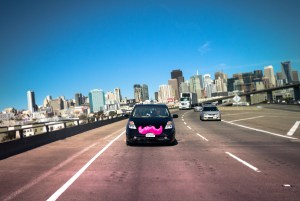 The California Public Utilities Commission issued its proposed framework for the regulation of ride-sharing services today, granting a huge victory for companies like Uber, Lyft and SideCar.

The proposal follows months of discussions between the regulator and the startups, which seek to connect passengers with drivers who haven’t been licensed for commercial driving. The PUC is calling those operators Transportation Network Companies (TNC) and has built a new regulatory framework for them. The key portions of the proposal revolve around public safety and ensuring that drivers have had background checks and are covered by insurance in the case of an accident.

The proposal requires that TNCs:

Discussions between the PUC and the affected startups have been ongoing since last summer when Uber, Lyft and SideCar received cease-and-desist orders from the regulator for operating unlicensed charter party services. While each of the three have individually reached interim agreements with the PUC, the regulator has also been working on a new framework for regulation that falls outside the existing rules for taxi or limo services in the state.

The new regulations, if adopted, should clear up uncertainty for the companies in major cities, such as San Francisco, Los Angeles and San Diego. They could also set a precedent for the adoption of ride-sharing rules that those startups could propose in other states and jurisdictions.

At the same time, the PUC has been lobbied hard by taxi and limo organizations opposed to the new rules. In San Francisco today, taxi drivers gathered outside government buildings to show opposition to the acceptance of unlicensed drivers roaming the streets. In the past month, officials at the San Francisco International Airport have been citing and arresting drivers from Uber, Lyft, and SideCar.

Safety remains the key issue facing these companies, as opponents argue that they’re not subject to the same requirements of taxi and limo services.

At the same time, Uber, Lyft and SideCar maintain that their community drivers are subject to more stringent background checks than taxi or limo drivers. The existence of an identity layer for both drivers and passengers also ensures that the companies will know who was in the car in the case of any incident.

The PUC proposal also is happening as venture money is pouring into local transportation startups. Uber is close to raising a new round of funding from TPG that will value it at $3.5 billion. Earlier this spring, Lyft raised a $60 million round of financing led by Andreessen Horowitz.