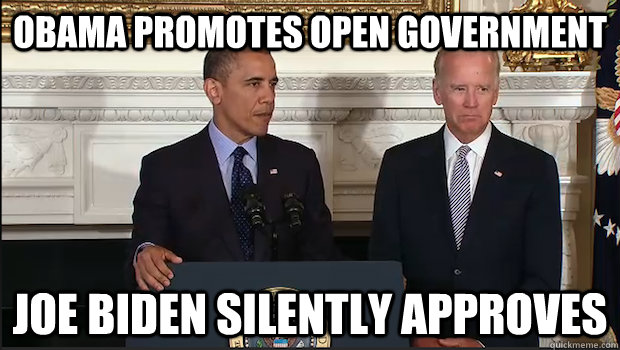 President Obama just held a blindingly fast press conference on open government, which probably left most citizens scratching their heads in confusion over one of his geekier executive obsessions. The most important point is that citizens will be able to comparison-shop the costs and features of health-care plans, just like we can now do with flights and car rentals. You can check them out at Healthcare.gov, which recently got a major user-design overhaul.

A signature assumption of Obamacare is that transparency in health-care plans will lead to greater competition and increased savings — an assumption that has seen early success in Oregon. It remains to be seen whether costs will continue to drop.

Aside from health care, there are two other big takeaways:

1. One of Obama’s first executive orders was to create a new Chief Technology Officer (CTO), a senior advisor charged with engineering novel ways to solve government issues. The top priority was releasing government data to citizens, just like Reagan had done with the weather and satellite data that now fuels modern GPS hardware. The president gave a general overview of the these projects, most of which were announced at our own Disrupt New York conference last year. Read about them here.

2. National Security Agency fiasco aside, the president has been a champion on collaborative government. The first class of “Presidential Innovation Fellows” is designed to bring the user-friendliness of private-sector websites into the federal government. The president seemed particularly giddy over moving federal websites into the early 2000s, with auto-fill forms for government services.

For those of us in the open government community, this quote from Obama gives us goosebumps: “We, the people, recognize that this government belongs to us. It’s up to each and every one of us to make it work better; we can’t just stand on the sidelines.”

The 800-pound gorilla in the room is obviously the NSA spying scandal, which hangs the scent of hypocrisy all over these cool initiatives.

Bonus! If anyone can create an awesome “Joe Biden Silently Approves” meme from the picture above, we’ll change our feature image with it. Update: we have a winner!