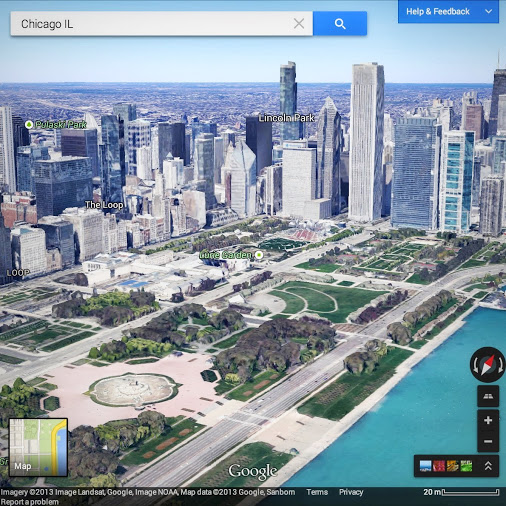 Google today announced one of its largest updates to Google Maps’ 3D imagery since it launched last year. The service now covers a number of additional cities that weren’t included in the previous releases. Most of these are smaller towns like Las Cruces, NM and Bend, OR. The company also released updated imagery for a number of cities, including, for example, San Francisco, CA.

Here is a full list of towns with new or updated 3D imagery:

With this update, Google is clearly on a path to bring 3D imagery to the majority of larger U.S. cities, something it promised to do when it first launched this service last year.

Microsoft, which previously featured 3D imagery in its mapping service but then dropped it in Bing Maps, also recently announced that it will add 3D building to its mapping product again. These images, Microsoft says will be newly captured just for this new 3D feature. Microsoft, we hear, plans to launch its 3D imagery for about 100 cities, but it’s not clear if those will all be in the U.S. or if this will be an international launch. The first demo I saw of Microsoft’s service easily rivals Google’s imagery.