After biding it’s time in emerging markets, free messaging app Nimbuzz has ben ratcheting up the news and partnerships lately. It’s hit 150m users globally, is strong in Asia, India and Saudi Arabia, has been adding new apps for platforms like Windows 8, and signing telco deals.

Of course, Viber, WhatsApp and GroupMe are doing well, but these startups concentrate on smartphone apps. Nimbuzz emerged on feature phones and still has a story feature phone user base. But Nimbuzz is unique in that is has opened up its platform for third party messaging services which behave like little chat bot apps.

These bots are called Chat Buddies. There are Weather bot apps, or you can chat with a horoscope app that behaves rather like a text-based Siri. Independent developers have added ‘chat games’ like Hangman or an app called “Stranger Buddy” which is like Chat Roulette in text form. Brands are gradually realising this is a very clever way to interact with users, especially in emerging markets. These chat apps are hugely popular in regions where text messaging works and where data is expensive.

Now Nokia has developed its own Chat Buddy called Nokia Lucky Sunday. From tomorrow this will appear as a contact on the roster of all Nimbuzz users in India and start to quiz users and reward them with prizes. That’s over 25 million users, or a quarter of the entire mobile Internet population of the country.

With every correct answer, the user moves a leaderboard and the top users stand a chance to win Nokia smartphones at the end of every Sunday. Vikas Saxena, CEO, Nimbuzz, says the move “is a translation of the belief that brands have in our platform.”

This is obviously going to remind feature phone users who may still be on Nokia to opt for a Nokia smartphone when they change handsets. But because Nimbuzz works across all smartphones, it means Nokia can try and entice them back via the Chat Buddy.

Nimbuzz is available on all major platforms such as BlackBerry 10, Android, iOS, Symbian, Windows Phone, and J2ME, as well as Windows and Mac computers. It’s pre-loaded onto all local OEM handsets in India apart from Nokia, Samsung, LG. 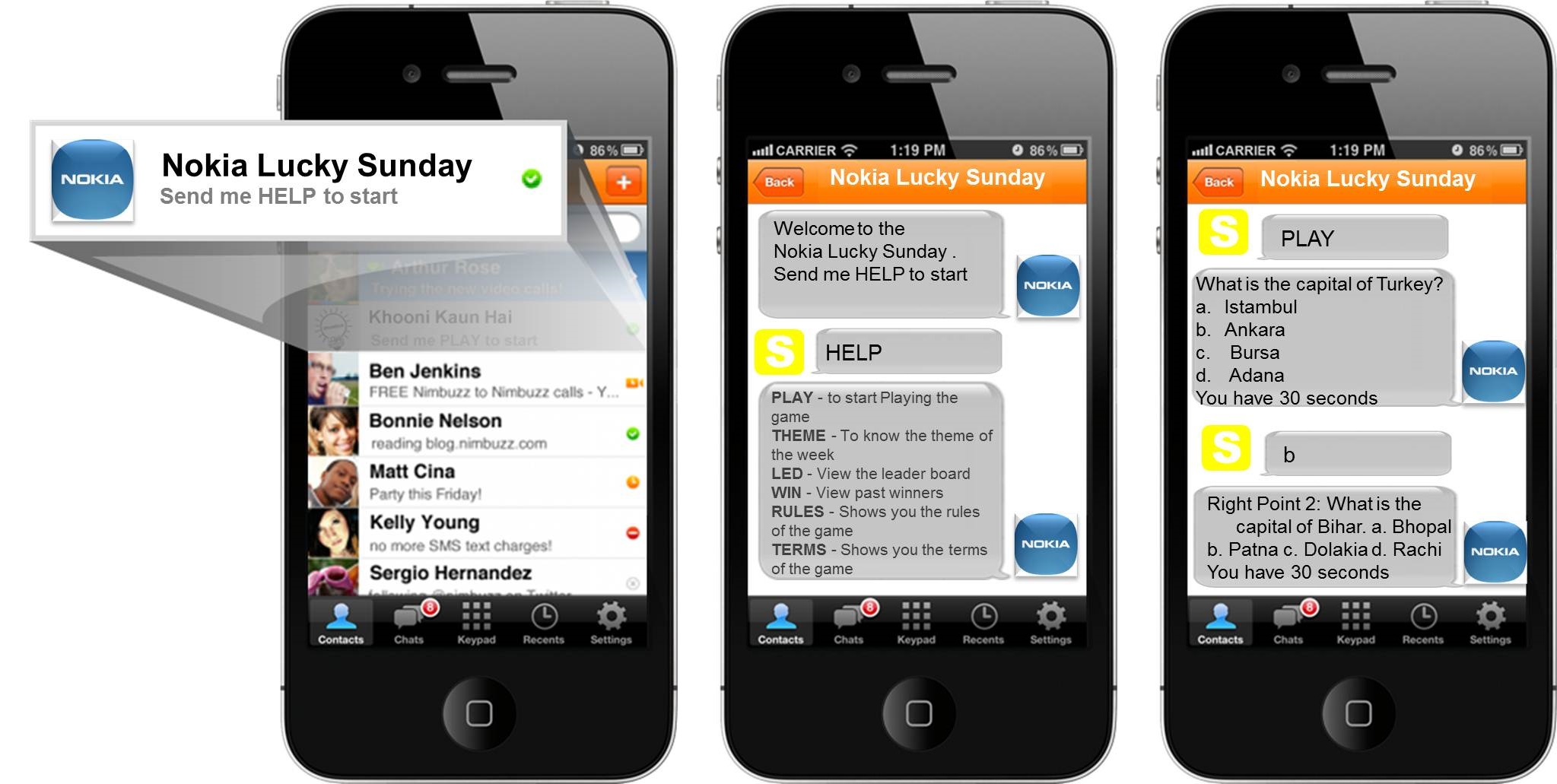