At its Build developer conference today, Microsoft announced that it is opening up quite a bit of Bing‘s advanced functionality to developers. As Microsoft corporate VP Gurdeep Singh Pall noted, developers are already using Bing APIs, of course, but apps can now use Bing’s entities and knowledge, natural user interfaces, optical character recognition and new mapping and visualization capabilities, including Microsoft’s just-announced 3-D imagery for maps.

As Singh Pall noted, Microsoft has been using all of these capabilities privately already, of course, but he thinks that “if we can do something with an API that is good, third parties can do something that is dynamite.” 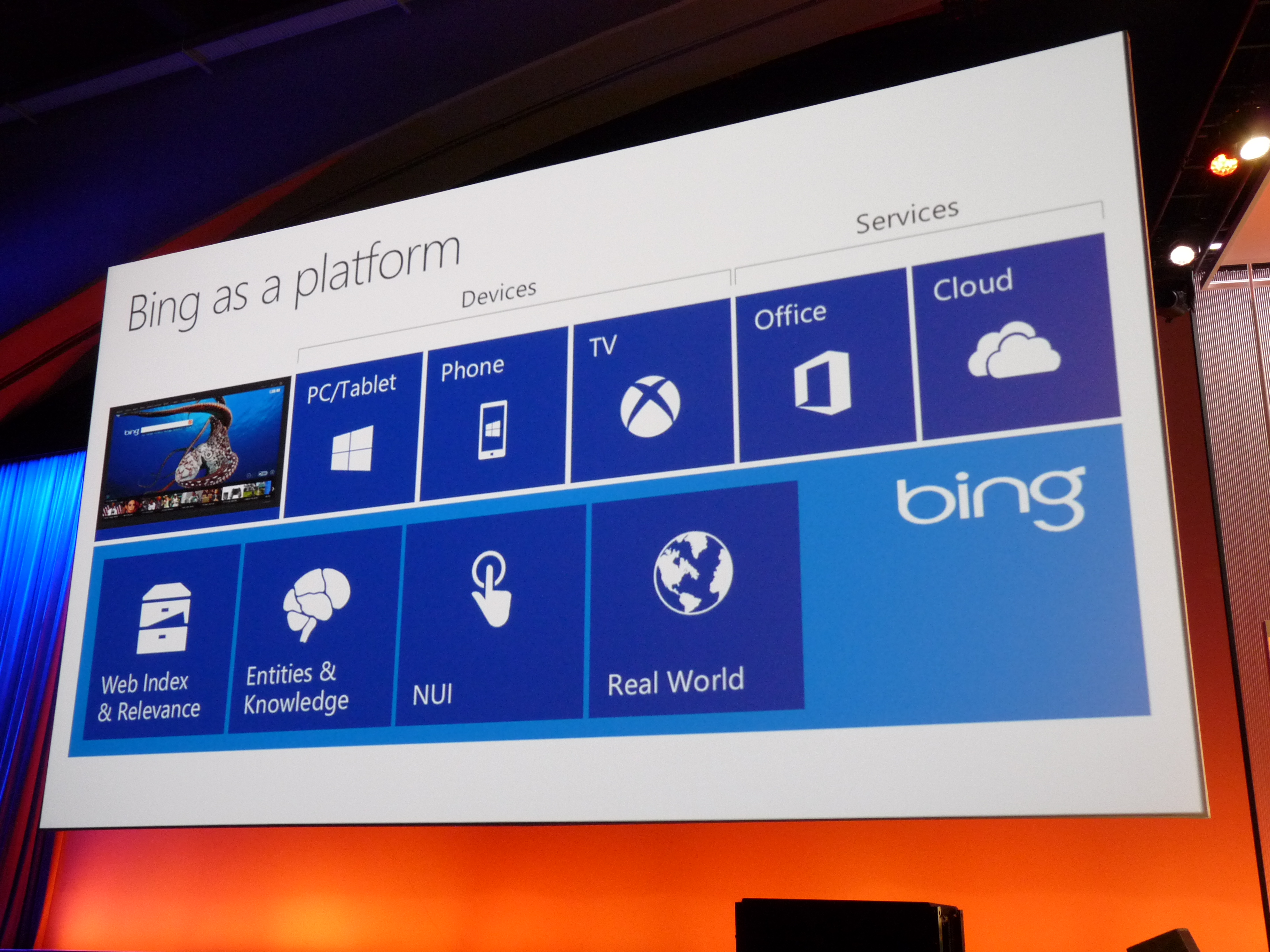 Bing, he said, “is not just a great search engine, but the team has built some great capabilities.” Bing, after all, is pretty good at understanding user intent, unstructured content on the web and other queries and data types that are not trivial for a developer to implement.

The team, he said, always believed that Bing could do a lot of things that can “actually be very valuable outside of the search box. For a long time, we’ve now thought that you could use these capabilities to create some great experiences.”

Developers will get access to much of Bing’s data, including its web index and relevance engine, as well as its knowledge base and understanding of entities. The Bing team has also worked on lots of natural user interface technologies, including voice recognition, which will also be available for developers to add to their apps.

Here is a full list of the new capabilities for developers:

Bringing the World’s Knowledge to Your Apps

Awareness of the Physical World