Ad-bidding platform Sociomantic is expanding into Southeast Asia with a Singapore office to be launched on July 1.

The startup provides a real-time bidding platform targeted at ad buyers. When a site loads, its engine will match the highest bidder for the particular visitor’s profile and show its ad. Proponents of ad-bidding technology say it allows advertisers to show more specific ads to target audiences.

Sociomantic is headquartered in Berlin. Its new managing director for Southeast Asia, Rohit Kumar, is moving from the UK to Singapore to head up the operations here. Kumar was a founding member of Google’s EMEA ad exchange team in 2010.

Kumar joins a number of former Googlers that have joined Sociomantic in the past 12 months. Most recently, former Google mobile head in India, Mahesh Narayanan, was hired for the company’s new Mumbai office. 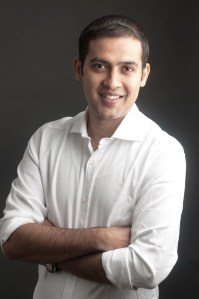 And former AdMeld chief revenue officer, Jason Kelly, was hired late last year to be Sociomantic’s CEO. AdMeld was acquired by Google in December 2011 for $400 million.

The four year-old startup has been on quite the expansion spree since 2011. It expanded into Europe that year, with new offices in Warsaw, Paris and Amsterdam. In 2012 it opened offices in London, Moscow, Sao Paolo and Madrid, and also kicked off its US expansion with New York.

It’s done all this with no external funding said Kumar, who declined to reveal how much revenue the company makes. Each office is likely kept pretty lean; the company has 120 staff globally, with the majority in Berlin. A sales head for Southeast Asia will join the team soon, and it’s hiring a couple more positions for its Singapore office.

Sociomantic competes with other bidding exchanges such as Invite Media (bought by Google for $81 million in 2010). San Francisco-based Triggit is another demand-side ad platform, and raised a $4.2 million funding round in 2010.

Sociomantic’s entry into the region will offer companies a way to advertise on Facebook Exchange—a first for the Southeast Asia, it claims. Triggit said at the start of this year that it rechanneled its business into Facebook from Google’s ad exchange, and that Facebook performs 36 percent better than the search giant’s competing platform.

One contender in Singapore is homegrown ad-matching platform AdzCentral. In March this year, it raised a $3.2 million Series A round to expand from the island state into Southeast Asia.