Editor’s note: James Altucher is an investor, programmer, author, and several-times entrepreneur. His latest book is “Choose Yourself!” came out this past June 3 (foreword by Dick Costolo, CEO of Twitter).

You respond to trolls.

It starts like this: You post something intelligent on the “World Wide Web.” Triple-dub to those in the biz. You expect that the entire world is going to praise you for coming up with the one thing that’s never been said before in the history of mankind.

Then HE shows up. Someone who says something to provoke you. Most of the time you say “troll” to yourself, and you get back to living your larger-than-life existence. But every now and then, the troll takes the place of your father. Or your mother. Or your ex-spouse. Or your ex-something. Some button is pressed. Right there in the center of your head.

And you have to respond. Because…because…because…if you don’t respond then EVERYONE will think maybe this guy is right and you HAVE to set the record straight. 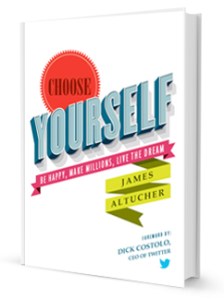 One weekend I had an article right here on TechCrunch. A little over a year ago. The article came out at 8 a.m. on a Saturday. Around 9 p.m. the next day, 37 hours later, my wife came up to me and said, “you know you’ve been glued to that message board all weekend. You NEED TO SHOWER NOW!”

I published a book last week. “Choose Yourself!”  It was No. 1 for all non-fiction for a couple of days, even beating out Sheryl Sandberg’s “Lean In.”

I was very happy. The book is about how we can choose ourselves for success instead of rely on the masters who would love to keep us on a leash. It’s about breaking the shackles so we could have financial freedom. It’s what every TechCrunch reader wants to do.

In the book, among other things, I threw out a challenge. I asked any Internet troll, someone who prides himself on driving people crazy, someone who spends 10 hours a day or more responding to message board comments, to please contact me and describe the mentality.

We all get advice on trolls all the time. I get 100 hate comments a week across various message boards. I’ve even gotten death threats.

But sometimes…sometimes….there’s just those buttons. It’s daddy or mommy and they know how to press them.

Then, in response to the challenge in my book, GVOK wrote me.

GVOK is no teenage, pimply idiot typing out screeds from his high school computer lab. 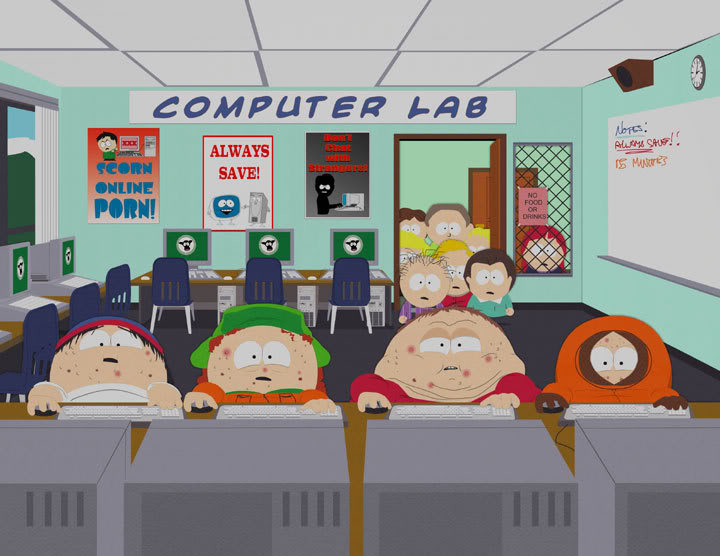 He wrote: “After graduating law school I worked for a law firm, bored out of my mind and miserable for eight years and was laid off in 2009. I had also bought a large, beautiful house that I am now renting out because I could no longer afford the mortgage.

“Your message that these types of middle jobs will eventually become temp jobs definitely speaks to me.  I never enjoyed working these kinds of jobs anyway. They’re boring, coworkers are gossipy and I always felt underutilized and looked down upon.  Your daily practice you mention inspires me and I can definitely see breaking out on my own.”

So GVOK, while he was at his former job as a high-priced lawyer, started spending hours every day on message boards. His only goal: to drive other people completely insane. All of the bold lettering below is mine. He wrote:

“I’ve had three experiences trolling. Two message boards on Star Trek and one comment section of a Youtube video on whether Jesus was real. Trolls rarely admit they are wrong and I’m no exception. I was converted from being an upstanding board member into a troll by a board bully named Admiralbill.

Now Admiralbill was a staunch Republican, a real ditto head, ex-navy guy from Texas.  He vehemently attacked anyone who remotely espoused a liberal viewpoint.  After it was determined that there were no WMDs in Iraq and the whole basis on the invasion was based upon a false premise I began to have my doubts about conservativism.  This brought me into the cross hairs of Admiralbill.  After a few times being attacked by him and observing him attack others I decided to attack back.  All this is to show that I thought my motives were pure.

The following is a list of methods I employed:

1. I would post a news article that tended to put the Republican / Conservatives in a bad light. This was obviously intended to push Admiralbill’s buttons but I could always argue that I thought the article was interesting and might stimulate discussion.  It had the effect of putting him on the defense because he felt compelled to respond to it.

2. I would then keep him tired and on the defensive.  I did this by responding quickly and concisely.  When I did post commentary I would keep it short and only address one particular point.  I always found it funny when another poster would get so worked up over something and take the time to write a long drawn out post responding to every single point in the previous post.  I would just choose one point to refute or agree with.  This had the effect negating all the work the previous post made.  I conserved my energy with small posts that took me ten minutes to craft they exhausted themselves with long ones that took an hour.  The longer they take to respond, the more rest I have and the more agitation they feel to get a response out.

3. I usually asked questions in my responses.  This also put him on the defensive because he felt compelled to respond to a direct question.  Thus he never set the tone because he was always responding to the tone I set.  Questions (for some reason) also had the effect of pissing him off.  I naturally asked questions to begin with not thinking this was strategy but once I realized he didn’t like it I did it more.

4. I specifically stated at times that I did not want Admiralbill to respond in specific threads to avoid conflict.  Of course this had the intended opposite effect.

I spent quite a bit of time baiting Admiralbill.  I think it was more than five years before I was banned from the website.  By the time that happened I wanted to be banned.  I needed to end the endless cycle.  It drained my energy.  I was constantly thinking of new ways to piss Admiralbill off.  To this day part of me still hates how mean and self righteous he was.  James, I know you don’t vote but it’s enough motivation for me to vote Democrat knowing that in some small way it gets back at him.

There’s definitely an addictive cycle when it comes to trolling.  The exhilaration is the drug that for a moment takes away the pain I feel during the 90% of the rest of the cycle.

I can only speak for myself but I suspect most trolls (and people who engage in e-debates in general) probably share a common personality type.  They probably work jobs or live lives that are in someway unsatisfying.  They want to feel special and crave attention and respect.  They are highly dependent on the opinions of other people.

And this is really at the heart of the matter, a message board troll feels intense shame.  It is shame that motivates him to shame others.  Where this shame comes from is a whole other discussion but part of it definitely had to do with working a job I hated for so long.

As you mention in your book it is basically pointless to try to change another person’s mind but I suppose at some level I was also operating under the delusion that if I said the right thing he would admit he was wrong.”

“Oh wow.  You responding just made my day – sitting here auditing legal bills in the basement of my parents’ house on a rainy day.

Yes, I felt like it was a waste of time but I was compelled to do it.  That’s why I had to eventually got myself banned from the message board.  There should be a rehab for this sort of thing.  Just think of all the trolls who can’t force themselves to stop.  It is probably ruining their lives because getting back at these people who wronged you on the message board is all you can think about.  It’s incredibly draining emotionally and at the same time takes top priority in your life.
Yes, I got really angry – but you try hard not to let that show.  I guess I need to emphasize this point – you have to put forth the image that nothing affects you and you think it’s funny how your victims can’t control their emotions.  Meanwhile, you are a simmering volcano.
It was slightly infuriating when someone didn’t respond but I knew my targets pretty well and was pretty confident they would respond.  In fact, that’s how they became targets in the first place – because they were so reliable.

There is an interesting connection between trolling and working these boring corporate / cubicle jobs that became clear to me after reading your book. You feel intense shame, you are bored, you have access to the internet – of course you will end up trolling!”

And he ended his discourse with: