Many of the children’s e-book applications for iPad today use a combination of animations, video or even games to make books more “interactive” for their young readers. Me Books, a London-based digital e-book app and retailer launching today in the U.S., has a slightly different take. Instead of animation, the app uses audio to add an additional element to stories. The e-books are narrated, and include artwork that kids can tap to hear characters speak, too. In addition, readers (or their parents) can also record their own voices over the default narration to customize the experience even further.

Me Books is the latest creation to ship from the team at Made in Me, a studio originally founded back in 2009 by former visual effects artists James Huggins and his brother-in-law Mike Outlaw. In the pre-tablet era, the company had produced a series of desktop applications under the “Land of Me” brand, which allowed children to swap out the words in the story to change what happens within the interactive world of “Land of Me.”

That experience was later ported over to iOS, but co-founder Huggins admits that it never really took off. The app reached around 75,000 downloads versus the desktop version’s approximately quarter of a million.

So the company turned its focus in a new direction, and began to work on Me Books. But instead of thinking up new ways to change the content within the e-books themselves, Huggins and team focused on changing the overall experience, especially the audio, which he says is an under-utilized area. 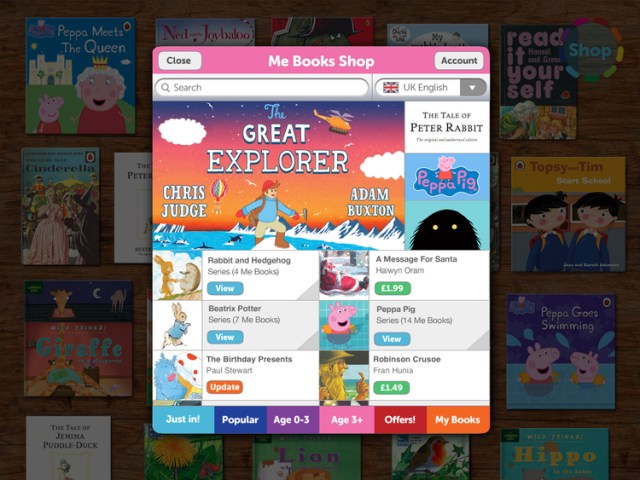 “It’s a very deliberate stance against taking – not new forms of storytelling, but taking physical books that we know – to the digital space in a way that respects the experience of reading a book,” Huggins explains.

The free app has been available in the U.K. since October where it’s been averaging 1,000 downloads per day and has now reached over 110,000 as of April. Today, it’s available worldwide, including here in the U.S. 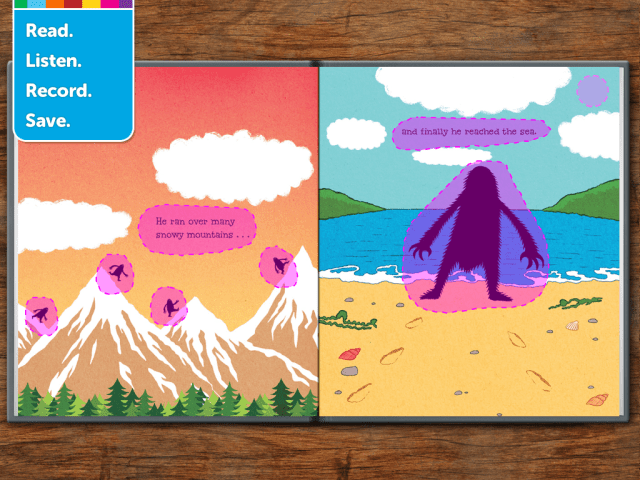 Me Books ships with one title for free, then other books can be purchased for $2.99 (USD) within the app. Unlike some book apps where a large number of titles come from the public domain, Me Books’ titles come from publishers like Penguin, Harper Collins, Scholastic, Macmillan, Hachette, Puffin, Bloomsbury, and others.

“[The selection] is heavily curated, really diverse, but it’s never going to be exhaustive or comprehensive. It’s going to be numbering in the hundreds of books, rather than the thousands, but it will be a really good cross-section of books for children,” Huggins says. The app will include both classics and modern titles, as well as TV tie-ins. 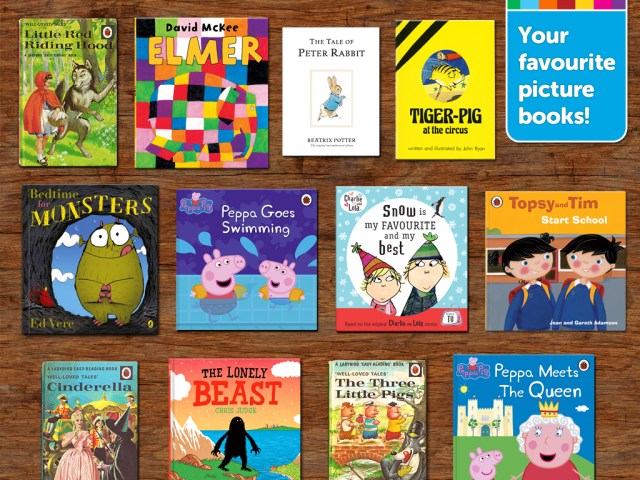 However, the title selection and narration is still “very British” right now, says Huggins. And while that might work for something like “Peter Rabbit,” U.S. users who prefer a more American feel may want to wait for the forthcoming U.S.-based publishers and brands which will arrive in the app over the next couple of months, he suggests. (Or they can swap out the default narration for their own).

The company splits the revenue it earns with publishers 50/50 (after Apple’s take), and the app itself is free.

Based in London, the ten-person team had raised angel funding for “Land of Me” years ago, and raised from the same angels another small amount to get “Me Books” off the ground, but is preparing to raise a larger round in the near future.

U.S. users can now download the new app from here.