Today, a day after discussing his voice issues, Google CEO Larry Page took the stage at the I/O keynote. He skipped last year’s conference and a few earnings calls due to those same voice problems, which he has noted are improving. Page even did something a little new for I/O — taking questions at the end of his talk.

Page discussed how important it is for both the developers and Google to keep dedicating themselves to technology, to make sure that people everywhere can get access to it. He also discussed his relationship with his father, and how important that was in influencing him when it comes to innovation:

My dad was really interested in technology. He drove me and my family all across the country to go to a robotics company. Then we got there, he thought it was so important his son would go to the conference. 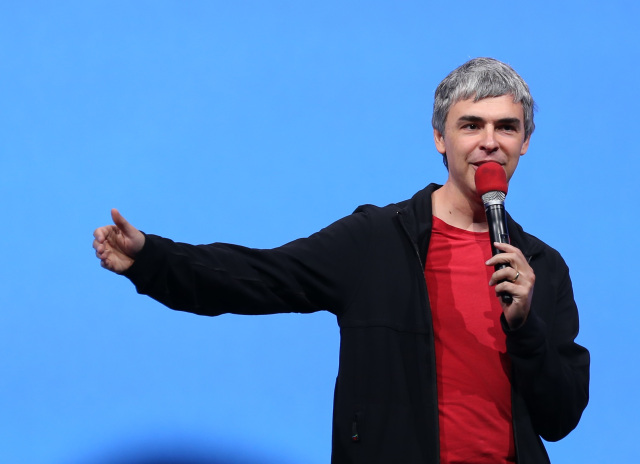 He then discussed how important it is to be able to put all of its work on every single device, making Google a platform to build from. Page notes that adoption of technology is now “much, much faster” and the smartphone itself shows that. Page wants technology to do the hard work, meaning that consumers should be able to use technology, not be used by it. Google’s latest design choices and product announcements reflect that line of thinking, specifically the ease of use that comes with Google Now.

His philosophy can be best summed up with this quote: “We should be building great things that don’t exist.” This is why Google doesn’t pay attention to competition who is working on similar products; it tries to stay one step ahead with things like self-driving cars and Glass.

Page being on stage is a big deal, as it shows that the company is unified under his direction, regardless of his medical condition.

When asked about freedom of information, Page said that in hundreds of countries in the world, Google is speaking to the leaders, specifically Chairman Eric Schmidt, to keep dialogue open about protecting users’ privacy as well as keeping your freedom of speech intact. Speaking of emerging markets, our own Josh Constine asked Page about the democratization of access on the Internet, and the CEO’s response focused around bringing more smartphones to those markets.

Towards the end of the Q&A session, Page talked about bringing more positivity to the world, with change for the good:

We don’t want our world to change too fast. But maybe we could set apart a piece of the world. I like going to Burning Man, for example. An environment where people can change new things. I think as technologists we should have some safe places where we can try out new things and figure out the effect on society. What’s the effect on people, without having to deploy it to the whole world.