The newsreader business has undergone major shifts in recent months. Flipboard has emerged as the consumer’s preferred mobile magazine, Pulse was acquired by LinkedIn for $90 million, Google Reader is shutting down, and now another early entrant, Flud, has refocused on the enterprise market. The company began quietly testing the waters about six months ago after feedback from customers hinted at demand for a white-labeled option that could be used to read private, corporate content.

Today, Flud has signed up over 1,000 businesses on its new enterprise-friendly newsreading platform, which now integrates with other internal resources like Microsoft SharePoint and Yammer. The company’s website discloses some of the relationships Flud has built – Google, Apple, Microsoft, AT&T, Adobe, Intel, Nat Geo, Deloitte, Best Buy, Capcom, DHL, Hyatt, Oglivy, Kaplan, Disney, SAS, Zen Desk, Reuters, VMWare, and Bloomberg – but some of those companies are only trialing the product while others are paid customers.

Flud CEO Bobby Ghoshal says that contractually, he’s not permitted to disclose which is which, but notes that 10 percent of the company’s corporate user base has converted to a paid plan. And thanks to these customers, Ghoshal says he expects his startup to become cash-flow-positive within the next few months. 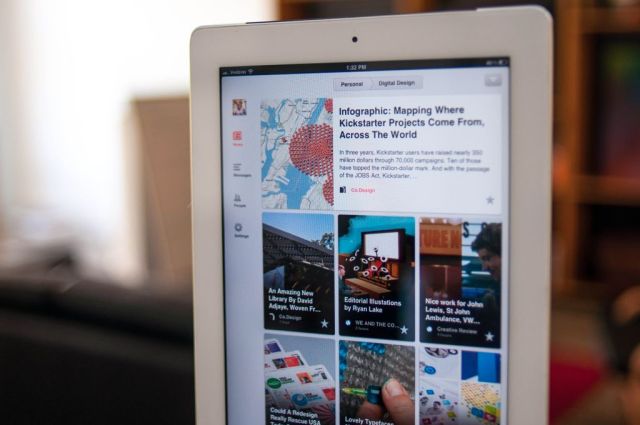 You may remember Flud as one of the early competitors in the consumer-focused newsreading space, where it struggled to find its niche against the likes of Flipboard, Zite, Pulse and others. Now, Pulse is off to power LinkedIn’s content platform, Flipboard is the top iPad magazine, and other competitors — including, notably, Google Reader — are shutting down. These are all indications that consumer-focused feed aggregators has been a tough market to crack for some.

But it’s not a market that’s dead, counters Ghoshal.

“Three years ago, when Flipboard, Pulse and Flud launched, we all basically did the same thing,” he says. “What’s happening now is that the top three or four platforms are trying to find their emphasis. It’s not that people are pivoting or selling because things are not working out. If anything, readership on the platforms has gone up.” 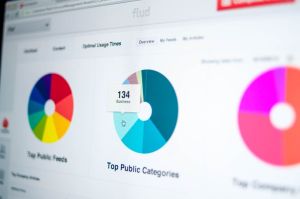 Flud, he notes, has a “few million users” today. But going forward, while the platform will remain free for consumer use, the company’s time and energy will be spent developing features that make sense in the corporate environment.

“The enterprise space doesn’t have anything like Flud,” Ghoshal notes. Flud takes three parts of big enterprise — corporate intelligence, corporate communications and enterprise portals (all current spend) — and consolidates them into one product. But big business already has investments in SharePoint technology, so Flud doesn’t have to replace that solution — it can instead work with it. SharePoint hosts internal RSS feeds which Flud aggregates, making it easier for employees to stay in touch with the goings-on in their company with a more consumer-friendly product that works on both web and mobile.

“Most large businesses have RSS in SharePoint — private RSS feeds — and they expect people to go out into these SharePoint portals and read the content. But no one does that,” says Ghoshal. “We are the millennial generation. And millennials don’t even know what a portal is.” So Flud becomes the front-end for that content. 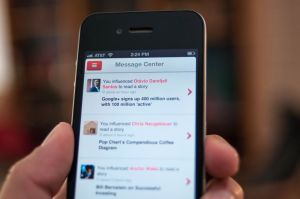 The enterprise product offers a variety of features designed with the needs of both businesses and the end users in mind. Businesses get access to an admin dashboard where they can assign employees to groups, mandate that certain employees or groups have certain feeds in their own Flud readers, and it offers Active Directory integration for single sign-on. In the future, the plan is to integrate paywalled subscriptions, too, like the trade journals a company may subscribe to, for instance.

A unique feature is Flud’s “push notification” option that lets an admin, such as an exec or director, log in to their dashboard to send a push notification company-wide or to select users or groups. This appears like any other push notification would on employees’ mobile devices. (The Flud enterprise app is iPhone-only for now, with Android in the works).

Flud also provides the businesses’ with insight into their internal influencers by offering a “Flud IQ” score – something Ghoshal calls a “Klout for consumption behavior.” The Flud IQ, which is updated daily, measures the quality of sources a user reads, how much they read per day, how much they share, and how many people click through on your shares and then re-share your content. 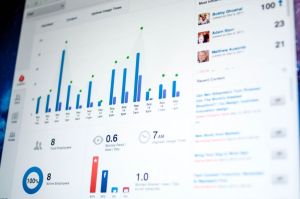 “It’s an interesting cultural snapshot for these businesses,” says Ghoshal. “It’s a great way to hook people and get them to invest time into reading content.” He says that businesses ask him if employees will waste time in Flud because of all the content being pushed to them. Ghoshal responds to that question by informing them that employees are already wasting time.

“Most of these employees are already wasting time on Facebook or Twitter anyway,” he explains. “The difference is that the company can now use Flud to re-direct people to important information as opposed to random photos or videos on another social network.” Since employees can also add their own sources to Flud, that also entices them to use the app or website to stay current on news.

The company offers Flud as a freemium service. The consumer version will remain ad-free, Flud Plus is the free tier for businesses, Flud Pro is $125 for businesses and includes the dashboard, push notifications and more, and Flud Enterprise (pricing on demand.)

Last year, the company was planning to raise a Series A for its consumer product, but put those plans on hold to shift its focus, and also relocate from San Diego to New York. Now that it has six months of enterprise usage under its belt, with engagement levels among employees around 55 percent to 65 percent, over 1,000 customers (some paying as much as $25,000), the company is now revisiting those earlier plans.