Online commerce is splitting into haves and have-nots as software eats up not just the world, but the mall. For every meteoric success story like Warby Parker’s or even Zulily’s, you have the bumpier narratives of Shoedazzle or Gilt, or the quiet defeat of hundreds of subscription commerce startups you’ve never even heard of.

We’ve brought together some of the leaders in the space to talk about issues like mobile, customer acquisition, the Pinterest effect and how to succeed in a post-Amazon world. Warby Parker’s Dave Gilboa, Everlane’s Michael Preysman, Nasty Gal’s Deborah Benton and Wanelo’s Deena Varshavkaya will join us at Disrupt New York to shed some light on how the Internet can do better than brick and mortar.

Dave Gilboa is the Co-Founder and Co-CEO of Warby Parker, a transformative fashion brand offering designer eyewear at a revolutionary price while leading the way for socially-conscious businesses.

Prior to Warby Parker, Dave was an Associate at merchant bank Allen & Company and, earlier, worked at Bain & Company. He also served as Special Assistant to the Founder and CEO of the TriZetto Group, and has held strategy and business development roles at Genomic Health and Crescendo Bioscience.

Dave has worked extensively with non-profit organizations, and serves as a founding member of the Entrepreneur Board of Venture for America, an organization dedicated to mobilizing graduates as entrepreneurs in low-cost cities.

Born in Sweden and raised in San Diego, Dave graduated with a BS in Bioengineering with Honors from UC Berkeley and holds an MBA from Wharton Business School. 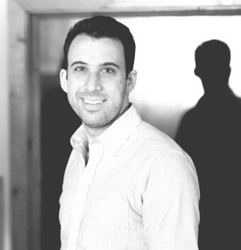 Michael Preysman is the founder and CEO of Everlane.

Prior to starting Everlane, he was an investor at Elevation Partners for both their New York and Menlo Park offices investing in media and entertainment companies.

Michael enjoys sitting at the intersection of design and technology.

He graduated from Carnegie Mellon with degrees in Computer Engineering and Economics. 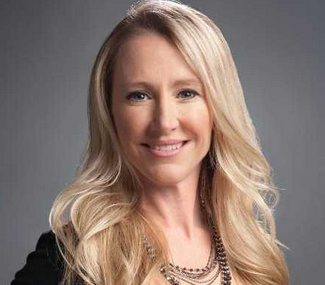 Deborah is a seasoned consumer retail executive with a specific passion for industries focused on women. As president and COO of Nasty Gal, a global online retail destination for fashion-forward, free-thinking women, Deborah is focused on delivering an incredible shopping experience to each and every customer as well as ensuring the company has the infrastructure, resources and technology required to scale the business through tremendously rapid growth.

Prior to Nasty Gal, Deborah was COO of ShoeDazzle, an online women’s fashion retail site that provides stylist curated selections within personal showrooms, where she oversaw Merchandising, Client Services and all sourcing and operations. Earlier, Deborah served as Executive Vice President, Operations and Inside Sales at Teleflora, managing a $100 MM P&L and over 125 employees across multiple departments.

Deborah began her retail career as part of the pre‐IPO team at eToys as Director of Customer Service Strategy, managing large-scale call center and operations initiatives. Deborah’s business career began as a management consultant at the Mitchell Madison Group. Deborah holds an MBA and BA in Health from Queen’s University (Canada). 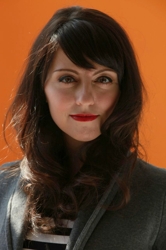 Deena Varshavskaya is the founder and CEO of Wanelo (“wah-nee-lo,” from Want, Need, Love), an online community for all of the world’s shopping. Wanelo is democratizing and transforming the world’s commerce by reorganizing shopping around people.

Originally from Siberia, Deena launched her first web startup straight out of college, only to learn that she loved designing websites, but knew nothing about design. She then pursued user experience design working for a social network and later established her own design agency.

After realizing the need for a radically different shopping experience that empowers the individual, Deena launched Wanelo in late 2010. Today, Wanelo is an advertising-free shopping environment with hundreds of thousands of stores and is a growing movement of millions of people.