Microsoft today launched the latest version of its Android app for Outlook.com. The app first launched last November, but as Microsoft admits, the “Android app has been behind” its web and mobile app for Windows Phone, so it was about time to give this version a refresh. The earlier version of the app did indeed look somewhat dated, so the new version now features a fully overhauled user interface that brings it up to par with the web and Windows Phone 8 app.

In addition, Microsoft has added a number of new features to the app. Most importantly, the app now features conversation threading, something that’s long been standard in other versions of Outlook.com. The app now also includes filters for unread mail and flagged messages and lets you mark messages as spam.

As before, the app features all the standard trappings of a mobile email client, including push notifications and the ability to sync with your other devices, as well as with your calendar and contacts.

Given that Android doesn’t consistently support Microsoft’s Exchange ActiveSync protocol, the Outlook.com app is probably one of the best ways to use Outlook on your Android device. The update is now live and can be downloaded from Google’s Play store. 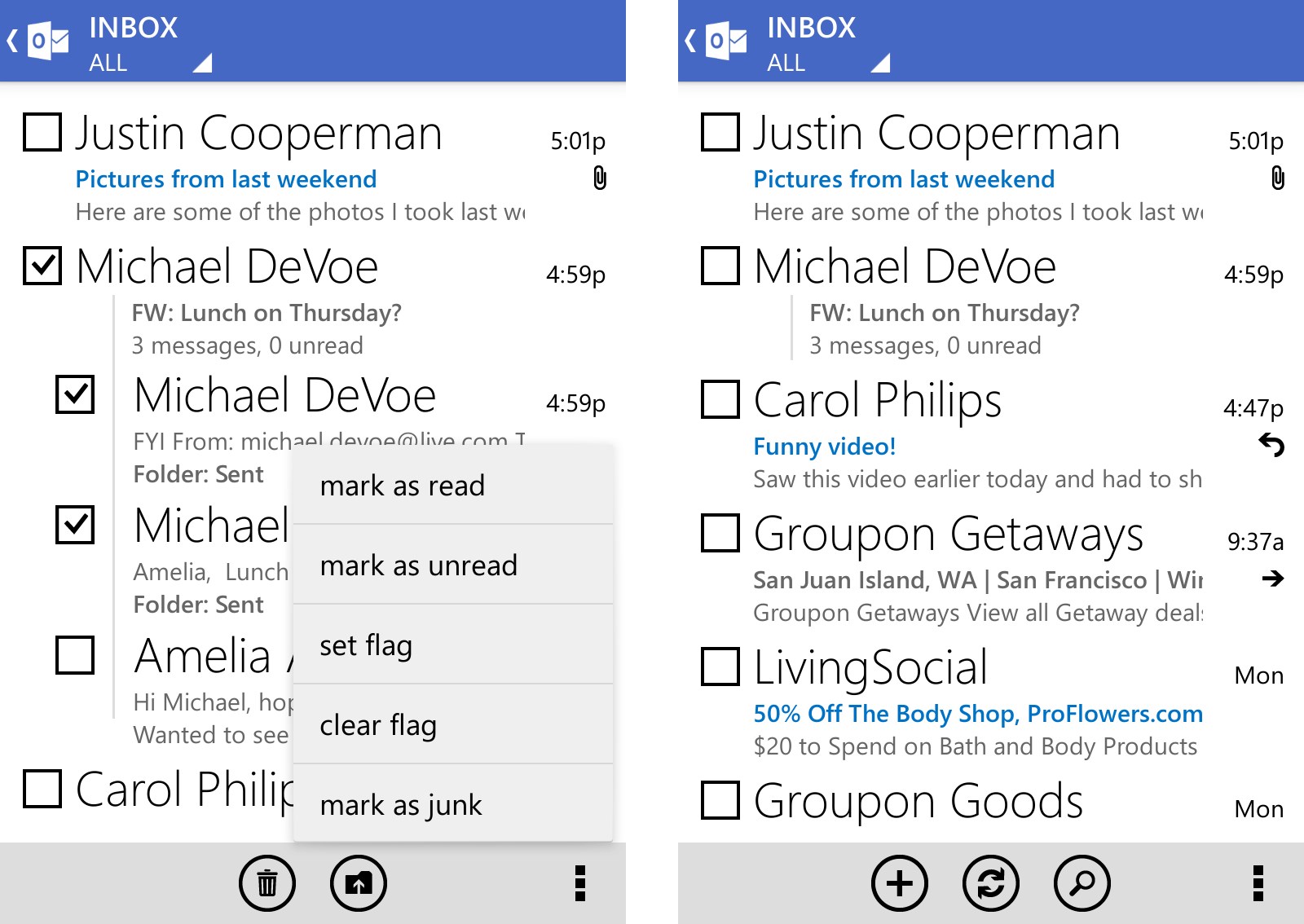