ZipDial, the company based in India that has turned missed calls into a business, has raised new funds from Jungle Ventures and launched its service in Sri Lanka. The company has clients like P&G and Disney, who have realized that the common social interaction of missed calls in India, are turning to ZipDial instead of focusing on driving likes to Facebook pages or chasing followers on Twitter.

Basically, in a trend seen by ZipDial and others, people would communicate by calling one another and then hanging up. This is so that pre-paid cell minutes aren’t used up. For ZipDial customers who get their own numbers, consumers can call it, hang up and then receive an incoming text about the brand, which is free. 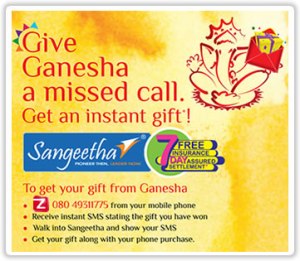 When I met with its founder and CEO Valerie Rozycki Wagoner while visiting India, she made it clear that ZipDial was a company that could bring its learnings and services from India to new markets globally. With new funding from Jungle Ventures, the service has launched in Sri Lanka, with some of its current clients expanding their business to the new location. For example, Unilever will be promoting a contest throughout Sinhalese New Year, using ZipDial as a mechanism to push polls via SMS to help pick a winner.

Some of the differences in Sri Lanka, ZipDial says, is the difference in literacy rates and per-capita income. However, even with those differences, there is little or no consumer data to be had for mobile phone users there. Naturally, ZipDial aims to change that for its clients with its platform, tools and analytics.

Exact terms of the funding from Jungle Ventures wasn’t shared, but the firm now becomes ZipDial’s largest investor shareholder, Wagoner tells us. The company calls this “the final piece” of its “Seed Plus” funding, as it plans to raise a Series A sometime in the next year. Jungle Ventures joins 500 Startups and Blume Ventures as investors.

On why Jungle Ventures was an important part of the puzzle, Wagoner told us:

The decision to work with Jungle was very strategic for our international expansion as the team is made up of successful entrepreneurs who have built their businesses and networks in the South East Asia region. We have already benefited from client introductions and valuable strategic advice, and we are very enthusiastic about the leverage that Jungle will create for the company.

On Jungle Ventures’ side, Managing Partner Amit Anand shared what was so impressive about ZipDial: “Having built businesses as well as our Jungle portfolio across Asia, we immediately saw the power of ZipDial’s innovative model and the team’s potential to be market leaders not only in India but across the region.”

The company is still heavily focused on its business in India, but the opportunity to expand was too hard to pass up. As Wagoner and team continue to learn more about mobile phone users in South East Asia, the model that it has built will be ready to bring to other nations.