BuyReply, a company that has developed a new platform for e-commerce that allows consumers to purchase items from offline medium, such as TV, print, newspapers and more using email, SMS, or Twitter, has raised $1 million in seed funding, from Peter Thiel’s international fund Valar Ventures, along with Square Peg Ventures (Paul Bassat, founder of SEEK), Adrian MacKenzie, and others.

Based in Australia, the buying process BuyReply introduces allows consumers to bypass visting an e-commerce website to make their purchases. Nor do shoppers have to download and install a mobile application to their phones or tablets to shop, either.

Instead, here’s how the system would work: 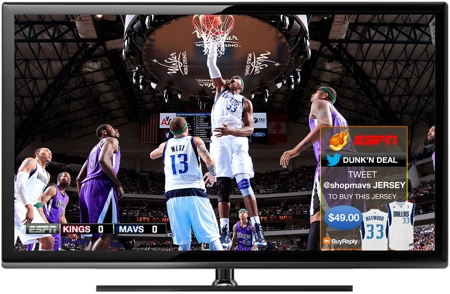 For example, a TV ad could broadcast a message informing viewers to “text headphones to” followed by a number in order to buy a new pair of headphones being advertised. A similar message could appear in printed medium, like newspapers, catalogs or magazines, radio, store fronts, or anywhere else where a merchant may have a chance at inciting a purchase.

Users respond to the ad however the advertiser wants to promote it – SMS, email, Twitter, QR code, etc. Advertisers can also opt to use different shortcodes per medium if they choose in order to track how well individual platforms perform and convert. 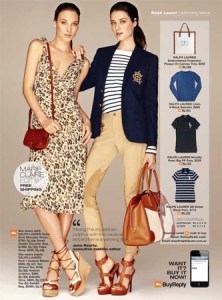 BuyReply sits in the middle of the transaction between the shopper and merchant. The customer only needs to provide their information the first time, then for all other purchases on the platform, their details are recorded. This offers a so-called “one-click” buying experience on web and mobile without apparently infringing on Amazon’s patent for the one-click checkout.

When consumers first sign up to use BuyReply, the site asks them to verify their mobile number by sending a six-digit, one-time passcode, and a link to click. Payments are only processed after customers verify links sent to them via messages following their purchases.

Before any of this is possible, the customer must initially set up their BuyReply virtual wallets. However, this wallet can be created at the time of first purchase. With the initial purchase, the customer is directed to the merchant’s mobile-optimized website to fill in their information, with the item already placed in the cart for them. Subsequent purchases won’t require this extra step.

This virtual wallet concept is similar to the offerings from Visa’s V.me, MasterCards’s PayPass Wallet, Amex’s Serve, and others. In early tests, BuyReply has seen up to 25 times engagement with its service versus other app-based technologies, the company claims.

Founder and CEO Brad Lindenberg declined to provide details as to its early traction, in terms of transactions processed or customer base, but he did note that BuyReply just inked a deal with a large Australian catalog distributer, and is in discussions with a NY-based magazine publisher with four titles, who will soon begin trialing the service stateside.

The platform is available in USD, CAD and AUD and offers text-to-buy capabilities in all three currencies, Lindenberg informed us. “We support payment gateways including Stripe, Authorize.net, PayPal, eWay, SecurePay and TNS. We also support integration into Magento,” he notes.

The four-person company, founded in late 2011 and launched last year, is using its funding to build up a team (engineers, business development, and sales) and move further into the U.S. market. “We will be keeping our engineering base in Australia but cannot afford to ignore the opportunities that exist in the U.S. market,” Lindenberg says.

To some extent, BuyReply will compete with other startups that have, so far, focused  primarily on selling via social media, including Ribbon, Chirpify or Soldsie, for instance. But BuyReply is different from those as it does not only target in-stream social transactions, but also enables e-commerce via text and email from offline mediums.

“Because our technology is a ‘no-app’ technology, you don’t have to go through the education process of telling people about your app. Then they have to download the app, and only after everyone has the app, they’ll use it,” says Lindenberg. “There’s so much friction in that.”

BuyReply has also appointed Bonnie Boezeman AO, who spent the last six years as Chairman of PayPal Australia, as a director.