An ominous “nuclear option” looms over the TV-loving American public if Fox and other broadcasters follow through with a threat to pull out of the public airwaves in response to Aereo, a brazen startup that streams TV signals online without paying providers. News reports are describing this as a “threat,” which, according to Merriam-Webster, is “an expression of intention to inflict evil, injury, or damage.”

So let’s imagine that this high-unlikely bluff actually materializes. What kind of “evil” would befall the 14 percent of antenna-based TV viewers if they were deprived of such high-quality programming? Here’s a list of some of the best and worst shows over the last few decades:

Described lovingly as a program that “could be the worst television show in history,” Work It follows the cross-dressing antics of two men who disguise themselves as women, based on the evidently false premise that females are more employable in a recession. In the Work It universe, womanhood is a 24-hour vanity themed existence, hopping from eating disorders to discrimination to self-exploitation — all in a day. Nothing makes inequality and anorexia as enjoyable as laugh track.

What’s better than desecrating the sacred institution of marriage in the depravity-demanding script of a reality TV show? Giving a platform to a woman at the center of possibly the most embarrassing political scandal in a century. In Mr. Personality, Monica Lewinsky–yes, that Monica Lewinsky, plays host to an attention-starved bachelorette, as a dozen masked men attempt to woo her into holy matrimony in the romantic time-span of a TV season. 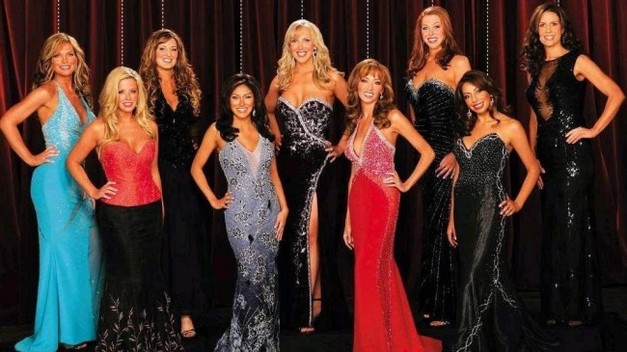 Nothing promotes America’s healthy gender attitudes like a show that rewards contestants for surgically altering their appearance for the approval of millions of strangers. A team of coaches, therapists, surgeons and dentists literally create the soul-sucking contest of a beauty pageant out of thin broadcast air. The goal of The Swan, apparently, is to turn back the feminist clock to a time when we encouraged girls to look and, more importantly, think, like Barbie.

Thoughtful readers might point out that canceled shows don’t fairly represent the richest offerings of the broadcast menu. What about the wildly popular shows?

4. Dancing With The Stars (Current)

Childhood stars and scandal-ridden personalities cha-cha their way to attention heaven in a competition-reality show based on the premise that talent and moral bankruptcy can be overlooked in exchange for a few giggles. Watch Former Republican House Majority Leader and convicted felon Tom Delay samba his way into public forgiveness in a wholly ironic American flag pantsuit.

In short, let us hope that broadcasters pull out of the airwaves. As a humble Midwestern boy who absorbed enough television radiation to sprout a unicorn, I saw first-hand how TV congeals an entire population into glaze-eyed humpbacks. It, quite literally, causes obesity, attention deficit, and a litany of sedentary-lifestyle disorders. The only threat I see is that someone will pick up a book.