Mozilla, the nonprofit organization behind Firefox, Firefox OS and other online tools, today announced that its CEO Gary Kovacs, who joined Mozilla in 2010, will step down “later this year.” The organization has already started a search for his replacement. Kovacs will remain a member of Mozilla’s board of directors.

In addition, Mozilla is making some changes to its leadership team. Mitchell Baker, for example, will become the executive chair “as she returns to a deeper involvement in Mozilla’s daily activities.” Her focus will be on “ensuring that organizations and individual contributors have the tools they need to make meaningful contributions to unlock the potential of the Web.”

These changes, Mozilla says, come as it is building up its “pivot to mobile.” 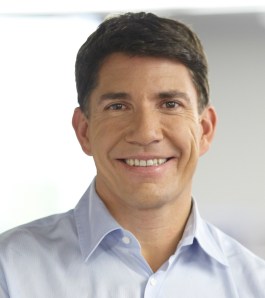 As Mitchell Baker, who was Mozilla’s CEO from 2004 to 2008, notes in a blog post today that Kovacs joined Mozilla “to make a dramatic pivot — to move Mozilla from the desktop browser world into the mobile ecosystem.” She also noted that he has “reinvigorated our focus on working with commercial partners, a trait that was central in Mozilla’s early life but less so during the Firefox desktop era.”

Kovacs himself notes in today’s announcement that “the past two and a half years have been pivotal in the evolution and rapid growth of Mozilla. I am very proud of our accomplishments as a team. In our mission to empower the next two billion Web users, we’ve made great advances in desktop and mobile and in our ability to lead at the pace of the market. With this solid foundation and a strong team in place, this is the right time for me to announce the transition plan and a vote of confidence in the abilities of the leadership team. I am grateful for the privilege of leading this organization during this period of rapid growth, and I look forward to helping guide Mozilla’s impact on the future of mobile.”

In an interview with AllThingsD, he also notes that he is leaving Mozilla “to move back to something more commercial.”