Good news, Steve O’Hear. The physical QWERTY isn’t dead! The BlackBerry Q10 is now available for pre-ordering in the UK and ships at the end of the month.

BlackBerry’s second BB10 device will be available on Vodafone, O2, Orange, T-Mobile, Three, EE, and TalkMobile. Carphone Warehouse lists the device at £579.95 SIM-free or free on a 2-year, £36-per-month, contract. That’s on par with other devices in the UK market.

As for other markets, BlackBerry’s blog posting states “we’ll have details on availability to follow soon.” Whatever that means.

The Q10 is the BlackBerry Bold of the BB10 era. It’s positioned as a top-tier QWERTY device — the best BlackBerry can build. Where the Z10 is a pure touchscreen device, the Q10 is a hybrid, featuring a 3.1-inch touchscreen on top of a QWERTY keypad.

We spent a bit of time with the Q10 at BB10’s launch in January. It’s a worthy successor of the solid BlackBerry Bold. In fact, BlackBerry power users should be more interested in the Q10 than the Z10. It’s that good. But, if that’s you, it would still be wise to play with one yourself instead of simply pre-ordering. 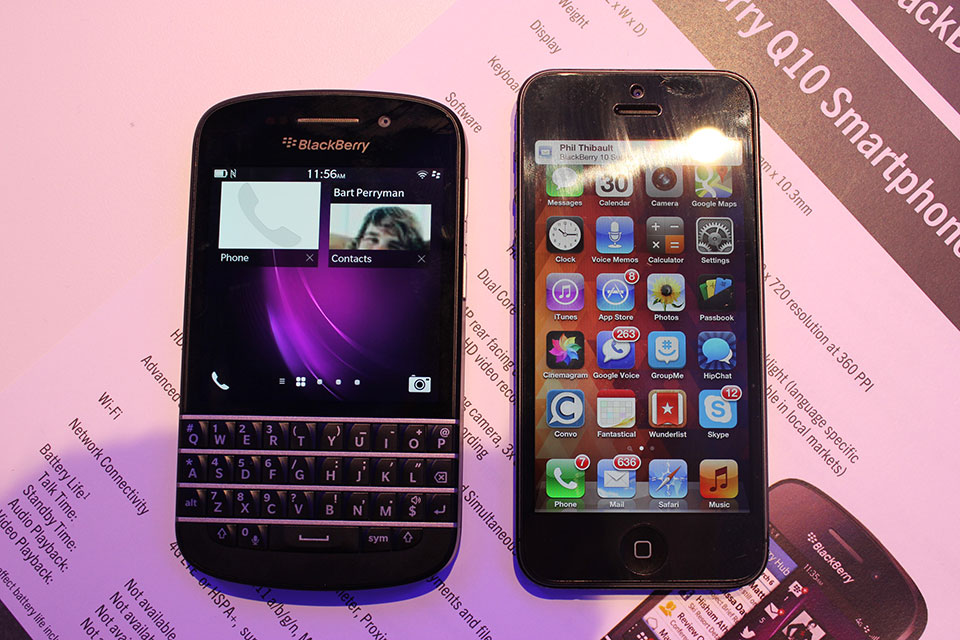