Nebula has launched its long awaited Nebula One, a hyped but often delayed integrated system that Co-Founder and former NASA CTO Christopher Kemp calls a “cloud computer” that takes mainframes and time sharing into the future with the cloud.

Nebula launched at OSCON in 2011 with the goal of building systems that Kemp said would last “for generations to come.” It is now nearly two years later and Kemp says Nebula is officially here.

Nebula One is built on what Kemp says is the company’s “Cloud Controller,” a hardware appliance that turns server racks into a scalable on-premise system that combines compute, storage and networking into one machine. It runs “Cosmos,” Nebula’s distributed enterprise cloud operating system, which configures servers that plug into the Nebula hardware. The technology is built for self-service and supports APIs for OpenStack and Amazon Web Services. It plugs into IBM, Dell or HP servers. Nebula, under Kemp’s direction, also has a flare for the dramatic: 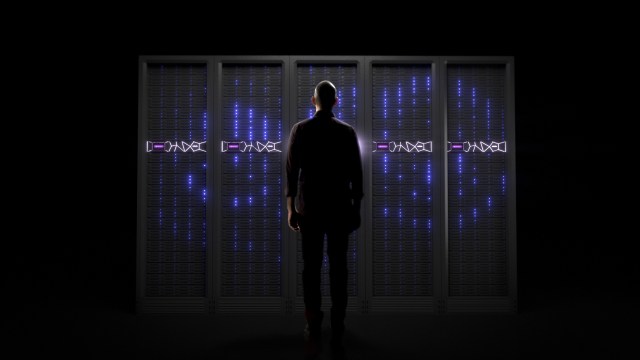 Nebula has some deep challenges ahead for it. The market is deeply competitive. There are orchestration providers such as Ubuntu JuJu. Mirantis helps companies integrate OpenStack. Startups such as Piston Cloud and Cloudscaling have developed their own cloud operating systems.

But the mightiest competitors are companies such as IBM, EMC and Oracle that all are marketing this new generation of integrated systems.

Kemp says a differentiator is its capability to abstract the complexity of what it takes to launch OpenStack. That will be Nebula’s best advantage. And now that is actually ready to ship then we will see how much traction this new cloud system actually gets.