Fanbase Media, a new social media marketing startup which has been flying under the radar for over half a year, helps companies use Instagram for connecting with their customers. Despite the company’s low profile – its turnkey, self-serve solution won’t launch until next week, in fact – it has already attracted the interest of some bigger-name brands, including Michael Kors, Shape Magazine, and others which the company isn’t allowed to publicly name.

Currently a bootstrapped team of three, the startup helps businesses create, manage and promote campaigns involving user-generated photos posted on Instagram. For example, a company might want to run a photo contest on Instagram, specifying that entrants tag their photos with a particular hashtag to qualify.

Fanbase Media then helps to aggregate those photos, which can be pulled into a business’s Facebook Tab page, mobile microsite, or another page on the company’s own domain. For example, you can see this page on a Michael Kors website, which shows a Fanbase-managed photo contest which the fashion brand ran in February for Valentine’s Day. The company had asked users to tag their favorite things, using the hashtag #fallinginlovewith. 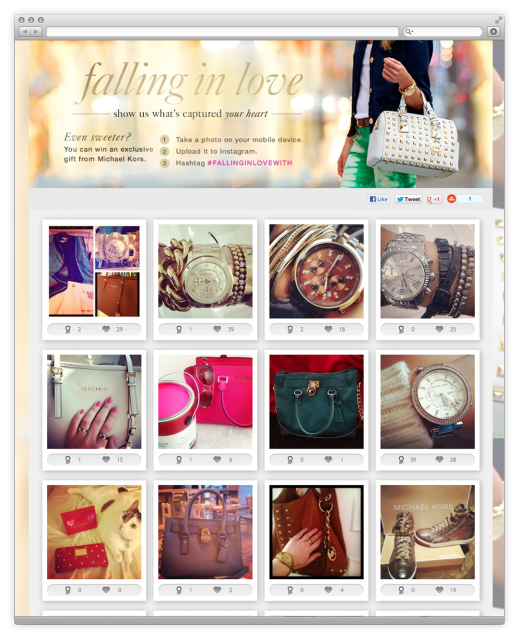 That’s not entirely true, of course. Fanbase will compete with a growing handful of companies offering “Instagram marketing solutions,” including but not limited to, recently funded Nitrogram, as well as Olapic, Statigram, Chute, Curalate, and others. But Fanbase Media’s focus on photo campaigns specifically may appeal to those looking for an end-to-end, targeted solution.

The company offers three pricing tiers, starting at $299/month for 100 approved photos, then $499/month for 500 photos, and custom pricing beyond that. In an online dashboard, businesses can view the photo entries, approve or deny them, comment, and share them back to social networks, or mobile or desktop websites. The campaigns also support features like user voting mechanisms, Facebook “Like” gating, embeddable widgets, and more. And tools to design the photo websites and contest pages are provided, too. 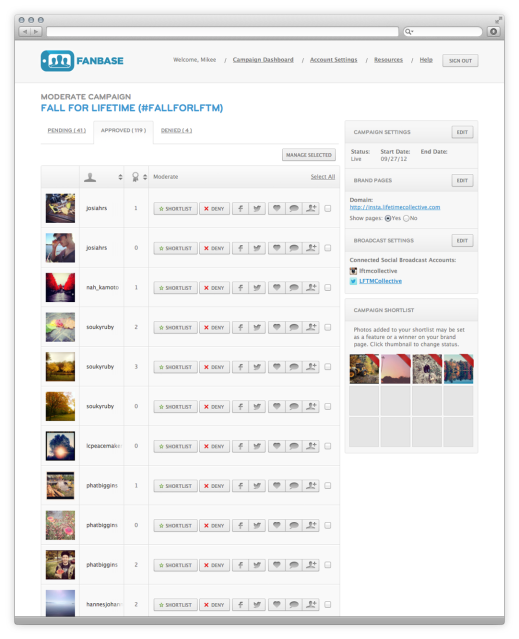 The company has been working on the platform over the past eight months, Zsigmond says, and they believe this is the direction social media marketing is headed. “The first generation of social marketing platforms was really about helping brands manage the content they push out, and we think the next generation of social marketing platforms is helping brands tap into their audience for content, and then use that content for marketing results,” he explains. 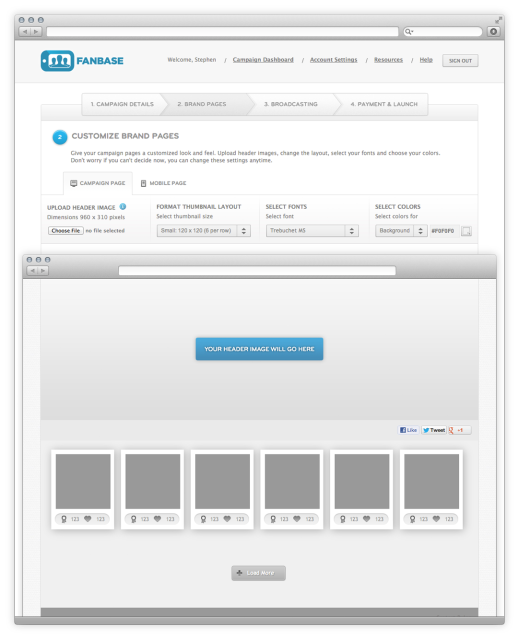 He says that the long-term goal is not to stop with Instagram, however. The company is already considering plans for Vine, Twitter’s new and increasingly popular mini video sharing app. Vine doesn’t have an open API yet, but it’s already getting traction with brands, Zsigmond notes.

“We’re really focused on integrating with purely mobile apps,” Zsigmond explains, “places where people are creating content on their phone. That allows us to focus on a feature set that’s built specifically for mobile,” he adds.

The company’s self-serve solution will be available early next week, but interested businesses can sign up here as of now.