The $25 Model A Raspberry Pi has gone on sale in Asia, following its launch in Europe last month — suggesting a U.S. landing can’t be too far off for the most affordable of the Pi Foundation’s two low-cost microcomputers. One of the Foundation’s distributors, RS Components, said today it is now shipping the Model A Pi in Asia.

Speaking to TechCrunch at the end of last month, Raspberry Pi founder, Eben Upton, said the not-for-profit organisation had completed the paperwork required to kick off global sales of the Model A, adding that it and “hope[d] to be able to enable these within the next couple of weeks”.

The $25 Model A is the most affordable Pi in the Foundation’s microcomputing arsenal, a full ten dollars cheaper than the original Model B. To get the price down, the unit has half the RAM (256MB) of the second revision Model B, only one USB port and no Ethernet connection. It also consumes less power, making it suitable for remote battery-powered applications — although it can still support a ‘home media centre’ use-case too, according to the Foundation.

Asked about early sales of the Model A Pi at the end of February, Upton said: “Early indications are that we’ve been selling between 5,000 and 10,000 units per week across the two distributors: so, roughly a quarter of the sales rate of Model Bs.”

“It will be interesting to see whether these sales have displaced Model B sales, or have grown the market,” he added.

In January, Raspberry Pi passed the one million Model B sales mark — a far cry from the founders’ original estimates of a few thousand units. The Pi was conceived as a tool to get kids learning to code — but has also proved popular with big kids who like to tinker. And with Google.

As well as being used for powering DIY gadgets, the Pi has had plenty of software ported over to it — including classic first-person shooter Quake, block-building community game Minecraft — and for those who really want to relive the old days of computing: a DOS (PC) emulator, rpix86 (shown below running a benchmark): 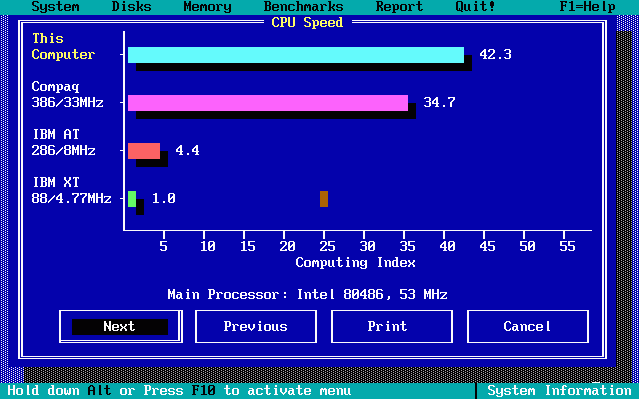