I’m a little embarrassed to admit how reliant I’ve become on Uber when I’m traveling — most regular cab drivers seem to find me terribly repellant — but now the service is now is working to expand its reach even further. The folks behind the on-demand car service announced earlier today that Windows Phone users now have a native app of their own, albeit one that doesn’t look quite as pretty as what iOS and Android users are privy to.

While Uber has moved to blur any design distinctions between its iOS and Android apps, you won’t mistake the Windows Phone version for either of its mobile cousins. It’s hardly a surprise considering how strongly Microsoft likes to emphasize the visual differences between Windows Phone and its rivals, but this newly-released version of Uber plays home to a blockier, slightly less handsome aesthetic. Still, the bread and butter of the app (hailing cars, populating lists of Foursquare locations for more precise pickups and drop-offs, etc.) seem to work just fine, so I suspect Windows Phone users won’t have much trouble looking past the app’s looks.

Uber’s blog post also notes that BlackBerry 7 users can finally get their on-demand black car service on, but the announcement is a little late: the app has been available in BlackBerry World for over a week now.

Expanding to other prominent mobile platforms is just par for the course for Uber, but recent questions about the service’s safety and fairness could put a damper on its growth. In case you haven’t been keeping track, Uber is facing among other things a class-action lawsuit (yeah, another one) in Boston over allegations of skimming drivers’ tips, picketing drivers demanding a more equitable pay scheme and greater input with regard to the service’s operations, and the fallout stemming from an alleged rape charge in Washington D.C. Exactly what sort of effect these hefty public relations woes will ultimately have on the San Francisco-based company remains to be seen, but for now it seems Uber is mostly concerned with growing as prominent as it can as quickly as it can.

Disclosure: TechCrunch founder and current columnist Michael Arrington is a general partner at CrunchFund, which is an investor in Uber. 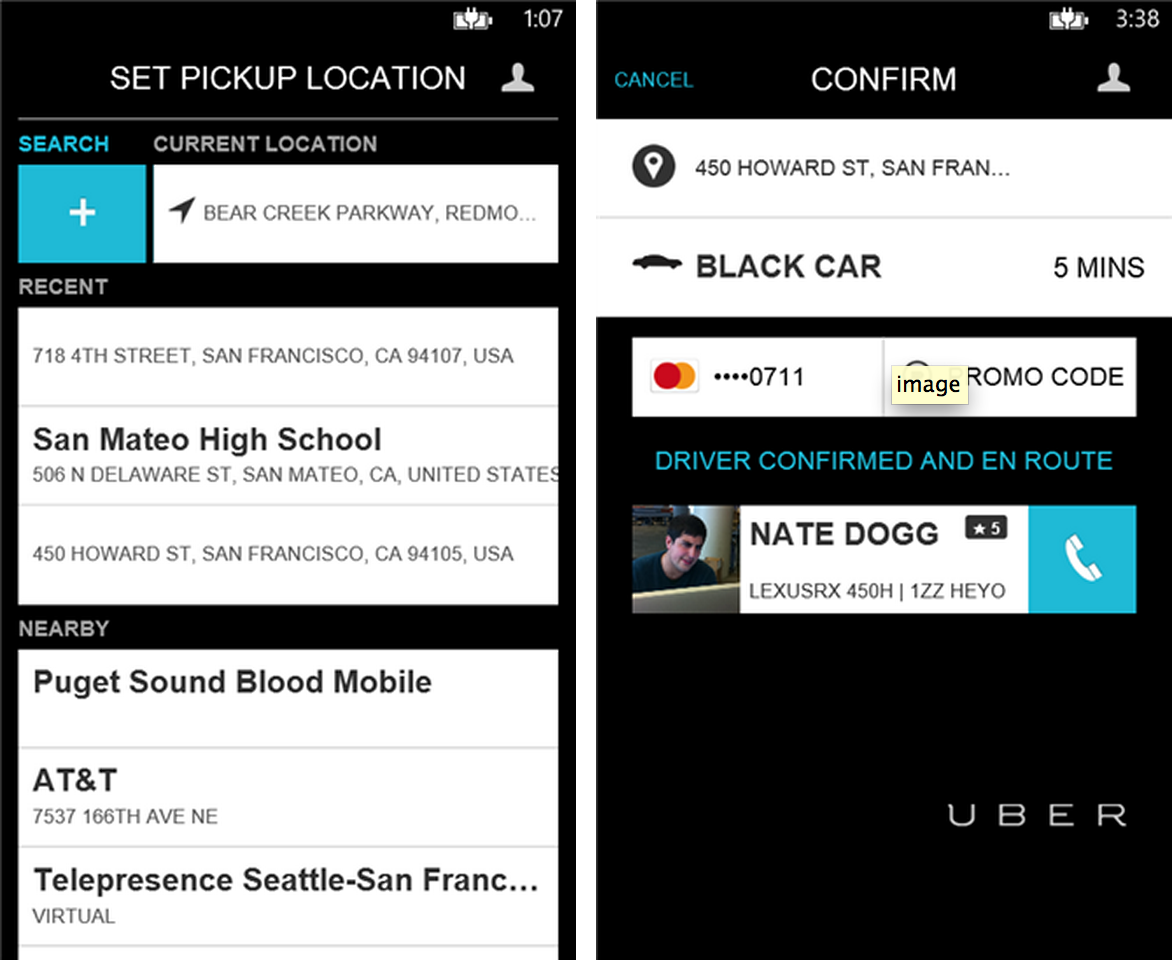