Proven, an Andreessen Horowitz-backed mobile app that allows users to apply to jobs from their smartphones, has now rolled out an update to its Android version (iOS to follow) that introduces a way for users to build resumes from scratch directly within the app. That resume can then be used to apply for jobs on sites like Indeed.com or Craigslist, the company says, with more to come. 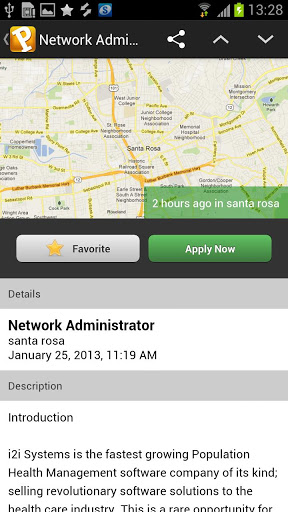 Originally founded in fall 2009, the startup first targeted its service at connecting day laborers with contractors in need. But after failing to gain traction in that vertical, the company pared down and shifted focus to service workers, like restaurant servers, baristas, house cleaners, retail clerks, and others.

Last year, the San Francisco-based startup launched the Proven mobile app, allowing users to search across Craigslist and Indeed for job postings, then attach their resumes to applications with a few taps. But at its debut, the app still relied on users having resumes already built, which they could import and store in Proven – it didn’t, until now, offer a way to create a resume within the app.

“In talking to our users, we realized that many of them either don’t have a great resume, or don’t have one at all,” explains Proven CEO Pablo Fuentes. “We really want to help these candidates put their best foot forward and provide a great experience to find and apply to jobs using their mobile phones. We think this is a big step towards that vision.”

Adds co-founder Sean Falconer, “the other thing is that [for these users], their mobile phone is the most powerful computer they actually have access to, and they’re much more comfortable using it,” he says.

After stepping through the mobile resume builder in the app, a user’s resume is made available both on web and mobile where it can be stored, edited and shared across job sites. Though today Proven only supports Indeed and Craigslist, the founders tell us that they’re now in the process of finalizing deals with a handful of other job search partners, both big-name and niche, who will see their services integrated into Proven in about a month or two.

Though the company declined to provide details as to registered users or downloads, Fuentes says Proven is approaching 100,000 actives and has just hit 1 million job views per month. Since the app’s launch, it has grown at a rate of somewhere between 50 and 150 percent per month, he says.

Proven had originally raised a couple of million in the form of a convertible note for its earlier product through two different rounds. But now having effectively pivoted away from that first implementation, the company has since proceeded to raise a priced round of $850,000 in seed funding around a year ago from Andreessen Horowitz, Greylock Partners, 500 Startups, Kapor Capital, Founder Collective, Morado Venture Partners, and several other angels. The startup is now in early conversations around raising an A round.

Going forward, the long-term vision for the company involves making the job search and application process easier for everyone, not just those in the service industry. Already, Fuentes says that Proven is starting to gain traction with workers seeking healthcare, administrative or clerical positions. “It’s useful for those in the service industries, but we think that this app can be helpful to a lot of different people,” he says.”That’s the future for us – we’re working on simplifying the entire process.”

The resume-building feature is live now in the Android version, and the iOS app will get the same update in a couple of weeks’ time.