You know the drill, you order something from your favorite site and you can’t wait to get the package. Like a normal person, you go to work and hope that the package is there when you get home. That hope slowly turns into worry as you picture your valuable freight sitting outside of your home, while people walk by it and wonder what it is.

There are a few companies providing solutions for this problem, setting up physical locations for you to have your packages shipped to, such as commerce juggernaut Amazon. A few months ago, Google picked up a Canada-based company called Bufferbox, a YC-alum, which left the space wide open for a startup to jump in and fill the void. That startup also comes from Y Combinator, Swapbox, and the team is launching physical kiosks in the San Francisco area during its beta period.

Currently, there are two Swapbox locations, one at Stanford, where the co-founders Nitin Shantharam and Neel Murthy attended school, and the other in Glen Park. Currently, you can have your first package delivered to a Swapbox for free, and pay $1.99 for each one after, which is next to nothing.

I sat down with the team and discussed their plans, which are pretty lofty and impressive. 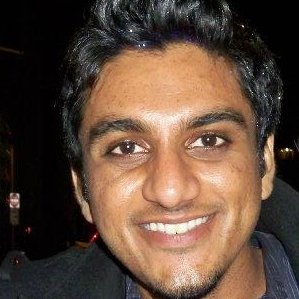 TC: Tell us about your team.

Neel Murthy: Team is two people – Neel Murthy and Nitin Shantharam. We’ve know each other for like 15 years, since we we’re kids in Southern California. We also have a great group of advisers and of course a ton of support from YC.

TC: How many Swapbox locations do you hope to have open in the next six months?

Neel Murthy: Our goal is to have at least 15 locations in the next six months. The mission is to bring a Swapbox close to as many people in San Francisco as fast as possible. In addition, we don’t want to put these in locations where people don’t need Swapboxes, so consumer demand will dictate how many/where Swapboxes are in SF. 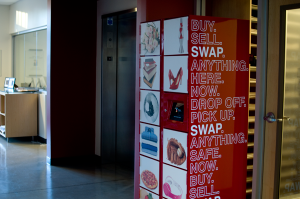 TC: What is the biggest hurdle to working in the real world vs. virtual?

Neel Murthy: The biggest hurdle with the real world is that we have physical devices that take up space and weigh something, which obviously presents logistical challenges that traditional companies don’t see. However, what we really want to do is merge the real world with the virtual world in an entirely virtuous fashion. When you are dealing with the virtual world there are less physical regulations and restrictions. In addition, traditional tech companies tend to have an audience that is more global than local, so we have different growth strategies that are more local and grassroots rather than viral.

TC: Other than joining YC, how much money have you raised or bootstrapped with?

Neel Murthy: Prior to YC, the entire company was bootstrapped through our own savings.
———

The postal service and shipping companies like FedEx and UPS don’t have the best reputation with consumers these days, and there is quite a bit of opportunity for the model that Swapbox is working on, including doing co-branded Swapbox’s with online retailers like Fab, for instance. All you have to do is request a Swapbox address, and the shipping company will get a pin to drop your package off. It’s completely safe, and you can go make your pickup at any time just by swiping your credit card at the kiosk.

One of the interesting things to note is that one of the designers that are working on the physical Swapbox is a former Apple employee, so you know that they’re going to have an eye for making beautiful products. The team has been working on this product for well over a year, and Shantharam says that the two think quite a bit about what commerce is going to look like in 50 years from now or 100 years from now. The other advantage for Swapbox that fascinated the team was automating as much of this process as possible, as that’s what they’ve homed in on as the main pain point for consumers.

As far as manufacturing the kiosks themselves, the team has found a cost-efficient way to do it here in Silicon Valley, rather than outsource it to a location like China. This is something that they’re very proud of.

Swapbox hopes that their service catches on and draws repeat customers, and if demand starts generating from specific places in the San Francisco area, that’s where they’ll put their next kiosk. For what Murthy proudly described as “an automated doorman,” the pair did its research along the way. The first ever Swapbox at Stanford consisted of Murthy and Shantharam sitting at a table for 48 hours straight. Murthy joked “We were a phsyical Swapbox, and we learned quite a bit. Also, it wasn’t very healthy of us to do.”

Here’s a look at a unit that you might see pop up in your neighborhood sometime soon, but the company is working on a new design they tell me: 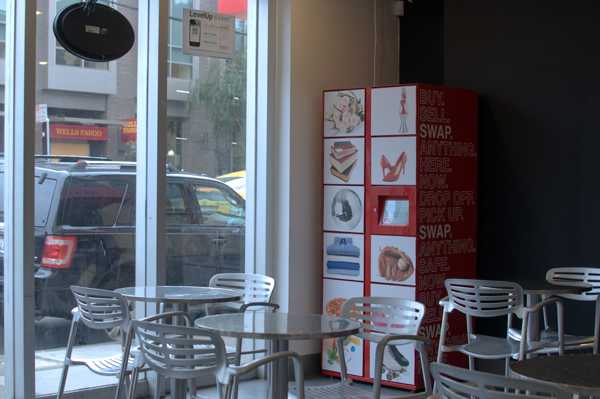 Recently, Murthy had a pie shipped to his house and wasn’t there to pick it up. After dealing with tracking the package, the pie had perished. This is something that has happened to me personally with perishable goods and it’s quite frustrating.

Convenience and comfort are key when you’re talking about shipping and receiving, and Swapbox cares about both of those things. By using technology to solve real-world problems, these guys could actually pick up where Bufferbox left off in Canada and show larger companies like Amazon how it’s done the scrappy way.