As web-based learning platforms proliferate, and education increasingly happens in formal and informal settings and in both real and virtual classrooms, there is a growing need for a new form of credentialing that reflects these changes. Traditional, paper-based diplomas and certificates are no longer enough, but designing a meaningful, universal replacement for the old standard doesn’t happen over night. Luckily, Mozilla is on the case.

Back in September 2011, Mozilla announced that it was setting out on a mission to create an easy way for to both issue and share digital learning badges on the Web. The “Open Badges Infrastructure Project,” as it was called at the time, grew out of Mozilla’s own development of badges for its School of Webcraft, but it soon realized that it wasn’t alone in its plans to design and implement digital badges.

So, Mozilla decided to do the Web (and online education) a solid, with the long-term goal of allowing anyone and everyone to “gather badges from any site on the Internet, combining them into a story about what you know and what you’ve achieved … There’s a real chance to create learning that works more like the Web,” Mozilla said in the announcement. Pathbrite and Degreed in particular have been nodding their heads in agreement. 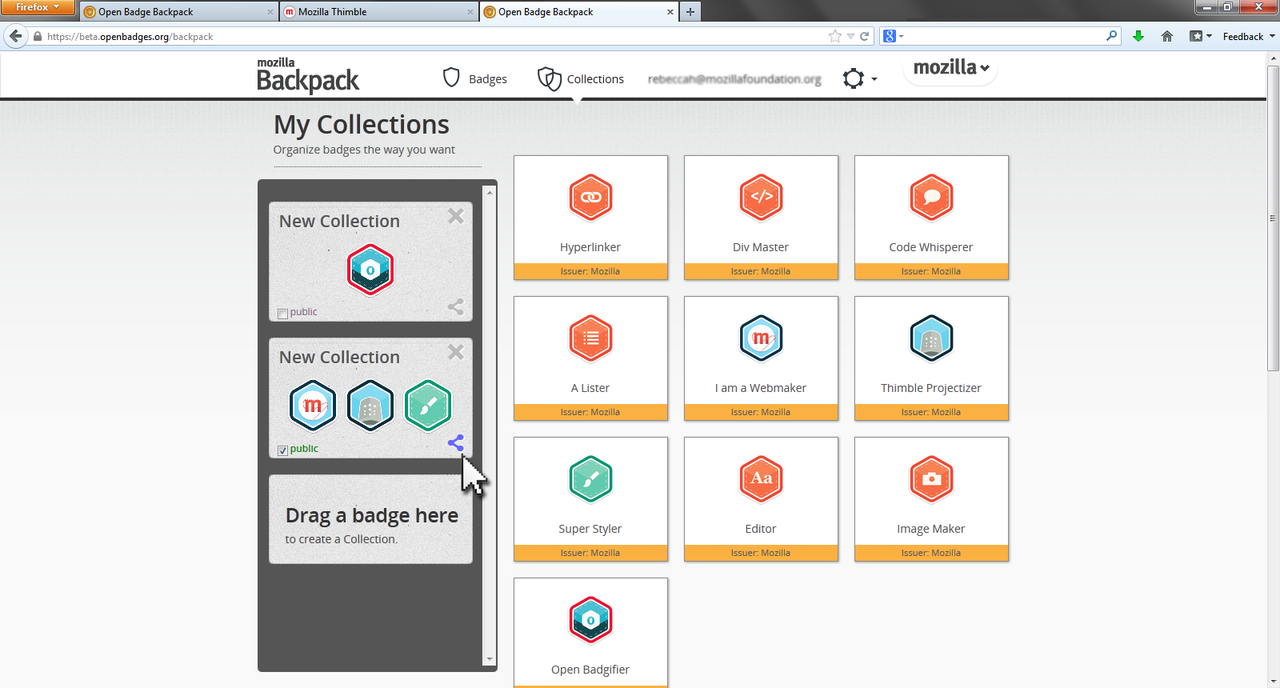 Open Badges have been in beta since, but today Mozilla officially announced v1.0 of its open source, free software, which any organization can now use to create, issue and verify digital badges. The platform essentially looks to create an educational currency with Open Badges, allowing students (and really any learner) to display these badges, which, in sum, aim to tell the “full story of your skills and achievement.”

In turn, Open Badges enables anyone and everyone to collect these badges from a multitude of sources — offline or virtual — into its digital backpack, which you can then use to display your skillz on social networks, job sites, personal sites and so on.

As part of its new release, Mozilla also now offers “issuer insignia,” which allow organizations to display that they offer Open Badges (Mozilla says it will be making these embeddable in the near future). 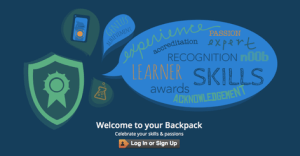 As to who’s offering the opportunity to earn badges? Well, once you sign on to the platform, you have the option to earn a Webmaker Badge from Mozilla (and set up your backpack) and then peruse the Open Badge community. There are over 600 organizations that have either implemented the standard already or are in the process of doing so — a roster that includes organizations like the Smithsonian American Art Museum, NYC Department of Education, University of Illinois, EDUCAUSE, Gogo Lab and so on that will offer Badges at launch, while names like NASA, Microsoft, Pixar, and a host of others that have Badges in development.

For those looking to offer Open Badges, a la the companies above, you’ll have to go through Mozilla’s documentation, but the parameters are pretty broad. As Mozilla says therein, issuers determine the “content and criteria” behind their own bade system, and they do not need to “register with the OBI, they simply send badges to earners backpacks.” Other than that, it’s simply a matter of arranging compatibility with Open Badges’ APIs, servers, and so on.

Naturally, Mozilla wants to keep this as broad and open-ended as possible. While it may seem a little short-sighted not to put more structure or requirements around use cases and best practices, this is designed to be as universal and frictionless as possible. It’s up to your school or organization to decide what customers/users will have to do to earn a badge, and you can be as regimented or as flexible as you want.

For those who earn Badges, Mozilla allows users to display (and manage) them in their backpack, or show them off on WordPress blogs and websites via plug-in and through Twitter — with more on the way.

Still confused? Asking yourself, “but wait, what is this thing that Mozilla is building — and why is it open?” Its documentation provides a terrific answer:

The Open Badges framework is designed to allow any learner to collect badges from multiple sites, tied to a single identity, and then share them out across various sites, including personal blogs to social networking channels. It is critical for this infrastructure to be open to give learners control over their own learning and credentials, allow anyone to issue badges, and for each learner to carry their badges with them across the Web and other contexts.

Its goals further elucidate Mozilla’s mission, which is simply to provide a system “for alternative accreditation, credentialing, and recognition” and help those alternative credentials “expand beyond siloed environments to be broadly shareable” and to “truly support learners learning everywhere.”

At the risk of breaking the fourth wall, losing objectivity, etc. etc., I will say that, generally speaking, I avoid badges wherever possible and have on more than one occasion cursed Foursquare for its part in popularizing badges. However, this is just about the best use of the “badges” model that I could imagine, admittedly, with the way being paved by Khan Academy (which already issues badges).

The more incidences of an “unaffiliated” (term used loosely) third-party creating web standards for credential sharing, or data sharing (just as inBloom is trying to do for performance data, never mind the the lily-livered objectors), or whatever the case may be, the better off education will be. No two ways about it.