Twitter just launched its first app for Windows 8 and Windows RT. It’s been a long time coming, but the new app does seem to do the platform justice, with a number of Windows 8-centric features, including support for the Windows 8 Share and Search charms, snap view (so you can park the app on the side of the screen), live tiles and notifications. The Discover tab uses Windows 8’s horizontal layout to highlight individual tweets and photos.

Photos were clearly something the designers focused on with this release. Tapping a photo brings up a full-screen view that puts the image front and center. You can also view a photo gallery from your favorite users right in the app. Thanks to the Share charm, you can now also share links to these photos, as well as links from other apps and Internet Explorer 10 to Twitter. Just like every other Windows 8 app, the Twitter app also uses the Windows 8 Search charm. 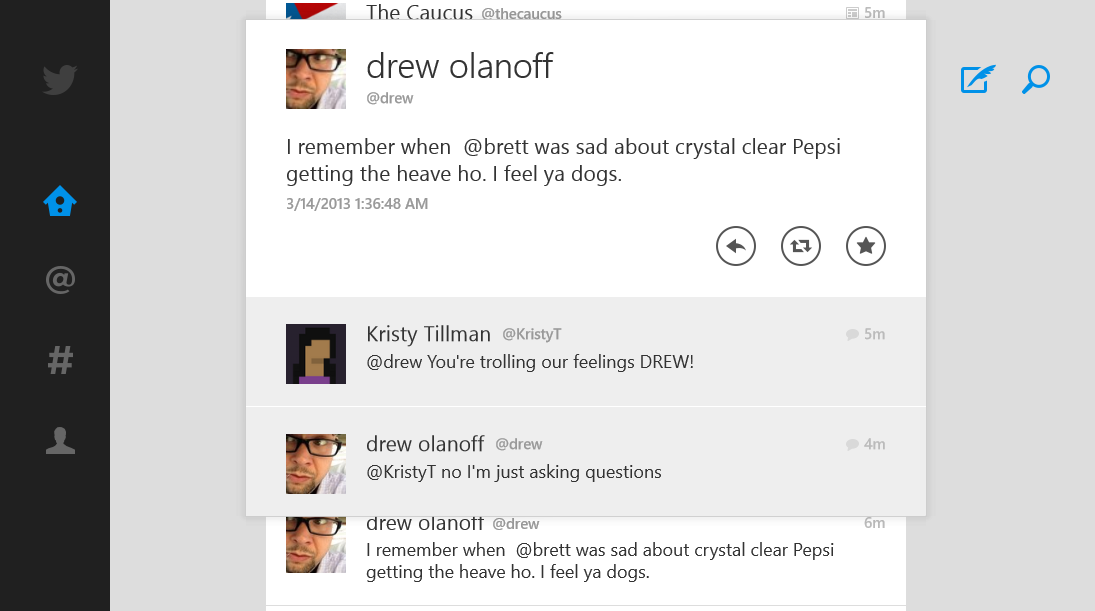 As Microsoft notes, the app uses “the same design principles as seen on Twitter.com and other Twitter mobile apps featuring the Home, Connect, Discover and Me tabs. And the updated Twitter app for Windows Phone also uses the same design principles.” Indeed, when you snap the app to the side of the screen, it looks virtually indistinguishable from a mobile Twitter app.

While there were already a few Twitter apps available for Windows 8, it’s no secret that Twitter isn’t a fan of third-party client apps. Having a native Twitter app available for both Windows 8 and Windows RT is surely something the folks at Microsoft will celebrate, though power users will likely prefer to continue to use TweetDeck in the browser, which actually works very well in Metro mode. 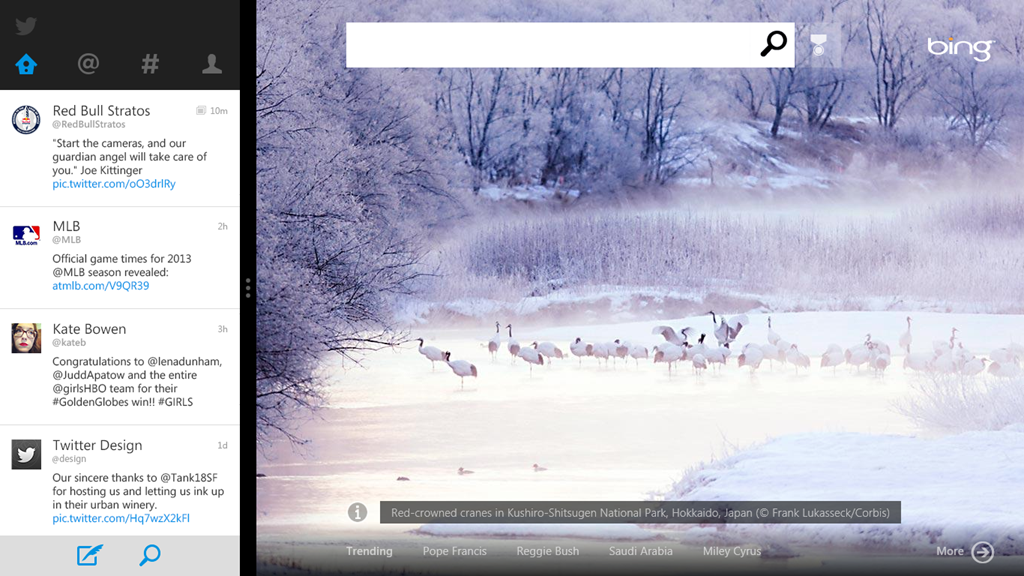