Starting a service that lets people request real-life humans to do tasks for them or clean up their apartment is no small feat. Exec’s founder and CEO, Justin Kan, set out to build a service that would not only create jobs for people who might not have had them before, but delight customers too. He has done just that in not much time.

The service, which has picked up steam in San Francisco, and recently Seattle and San Diego, is expanding to larger markets like Los Angeles, New York City, Chicago and Boston. By starting in San Francisco, Kan and his team were able to home in on some really difficult problems, such as recruiting at a huge scale and retaining workers by keeping them busy and happy. And, oh yeah, building a system that’s easy for people to keep coming back to was important.

It’s hard to not be skeptical about these services that seem to pop up in San Francisco and do “OK” because of the market that we have here – one that’s willing to try new things, talk a lot about it and then forget that it ever existed. Just ask Zaarly. On the other hand, TaskRabbit has seen real success. The truth is that to stand out in the crowded marketplace of marketplaces for services, the company has to build up a reputation of phenomenal customer service and have a brand that people build an affinity for, which is no small task. To boot, Exec has found a sweet spot with house cleaning services and “went for it.”

I spoke with Kan about the expansion and what he’s learned along the way, and it was done in the fashion that Kan is known for. When he started Justin.tv, he strapped a camera to his head and “figured it out,” and that’s exactly what he’s done with Exec:

TC: What have you learned about the service industry since starting and launching Exec?

Kan: I would say we’ve learned hundreds of small details around hiring and managing a platform of people, and building a consumer product that touches the real world. No one thing in there really sticks out at the moment…

TC: What is unique to Exec that lets you scale out to the cities that you’re announcing?

Kan: One thing we focus on is building our logistics technology behind the scenes to provide the easiest possible customer experience. A lot of what we do is figure out what our operations people are doing on a day-to-day basis every week and then build tools and tech to automate those processes (and then repeat, week after week). That lets us scale from one to three to seven cities without adding additional core team members in SF.

TC: Was there a high demand in areas like NYC, L.A. and Seattle that made you decide to go there first?

Kan: We chose dense areas with high numbers of professionals who we thought would love our service. Anecdotally, this coincided with friends of the team emailing us and asking us to come.

TC: Has the cleaning business surpassed your expectations as far as demand and user happiness? Is that the future of Exec?

Kan: Yes! We’ve seen a very high repeat usage rate from our customers which is one of our internal metrics for satisfaction.

In the future, we’d like to build our original vision of solving all your real-world problems by expanding to other local services verticals.

TC: Your style of starting a company, back to even before Justin.tv, has been to do and iterate quickly, learning along the way. Is that how you’ve done things at Exec? 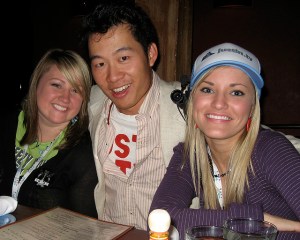 Kan: Yup. I view everything we do in the company as an experiment, the goal of which is to get results that prove or disprove the hypothesis as quickly as possible. We like putting things out there, measuring the customer reaction, and then iterating.

TC: Discuss the most difficult part of scaling Exec and keeping up with demand?

Kan: Unlike Justin.tv or Twitch, Exec has a lot of moving pieces in the real world, including managing a large workforce of contractors. We use technology to help with that, but there is still a human element around making sure people working on that platform feel like part of something, are incentivized to do great work, and enjoy their jobs.

In addition to the new city launches, the company is having a contest to see which city can build up the most excitement around Exec tasks. The city that orders the most services will get everything for free. I asked Kan if he had any funding news that would take care of this and he laughed and said “not yet.”

We also discussed the huge opportunity that is gifting services like this, and it’s something Kan said he’s really interested in. I’d be willing to use Facebook Gifts to help a messy friend out. One of the barriers to hiring a house-cleaning service is the embarrassment of admitting that you need it. Having a friend take care of it for you would speed things along for all parties involved.