A new patent application published by the USPTO (via AppleInsider) today shows that Apple has been thinking hard about how it might be able to make it possible for users to resell or lend digital content they’ve purchased in the past. Amazon has worked on a similar problem with its own patents, but Apple’s solution carries provisions for making the lending or resales process much easier directly between users, without necessarily involving a marketplace intermediary.

Apple’s patent accounts for transfers that can take place either through the original content provider’s store (i.e., the iBookstore, possibly with a “used” section), or directly between users. In the method where an online store wouldn’t be involved, the user devices themselves determine when an item can and can’t be sold based on criteria put into place by the original publisher (i.e., movie X can’t be sold for at least 60 days after release, and must carry a minimum price tag of $5), and whether or not a percentage commission on the sale is transferred back to either the online store or the material’s publishers. 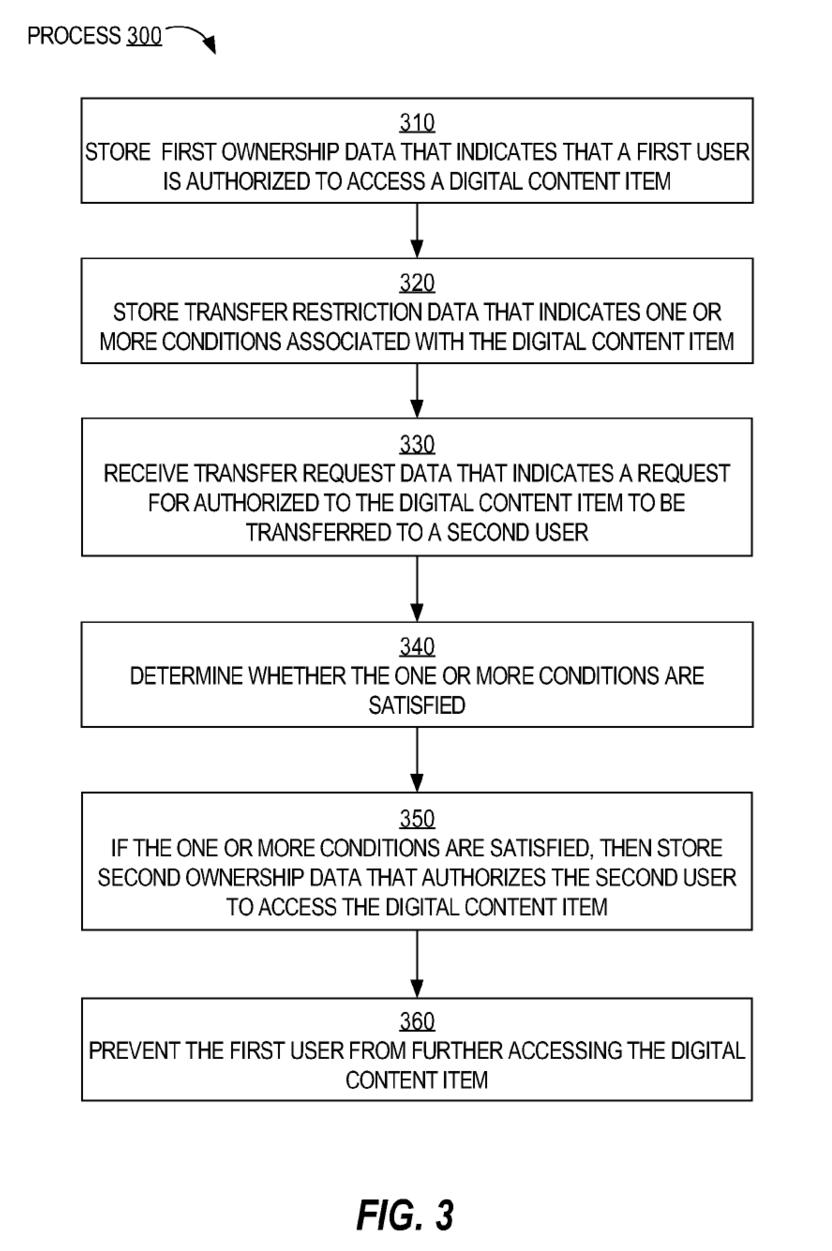 Items don’t even need to be stored locally for this to work, as the application describes how it would work for cloud-based properties as well. That indicates Apple is thinking about how this might work realistically today, when a lot of iTunes content can be stored in the cloud for later retrieval by a user on any device associated with their iTunes Store ID. Ownership history is established on all digital properties under the system, making sure that the right person always has access to it, and that the right person also has legitimate resale powers. 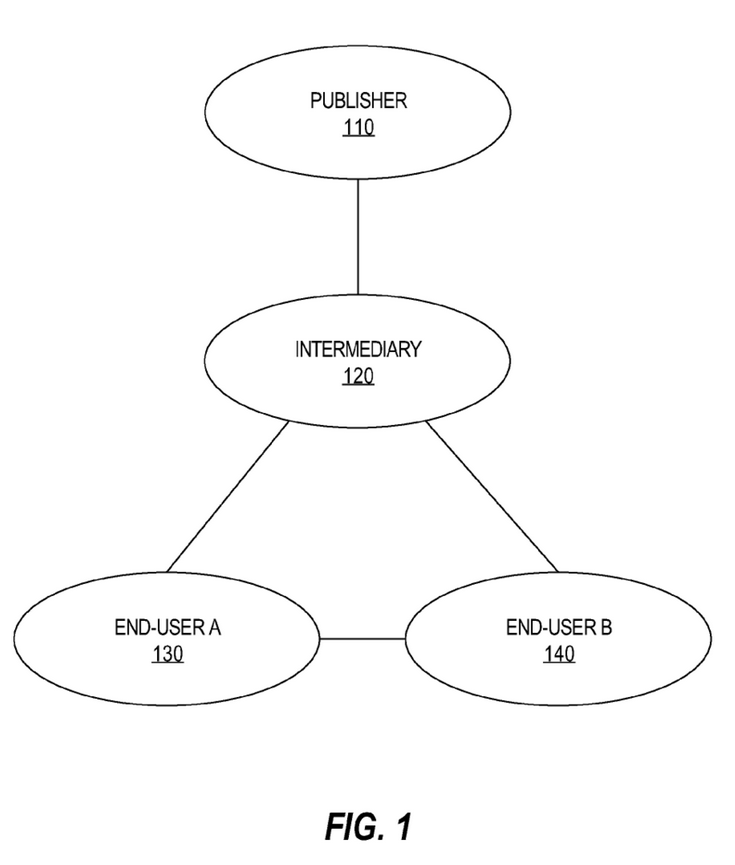 Apple might have a hard time convincing publishers that this is the way to go, since they arguably stand to make more by ensuring that DRM content is available only new direct from the source, where they get the biggest portion of the profits. But with iTunes Match, Apple proved it can convince media creators that it’s better to make some money off possibly ill-gotten goods, rather than none at all. A used digital goods market could still drive revenue back to publishers, from users who might otherwise just pirate content instead of paying full price.

Digital resale capabilities could go a long way towards convincing consumers hanging on to physical media to go digital, but with too many concessions to publishers, it could also end up looking like a bad joke compared to the simple practice of selling a used DVD at a garage sale. Still, it’s interesting to see Apple addressing this issue in a recent patent application, which takes into account the changing way in which it distributes music.