KinderStuff is launching today in the U.S. with a new take on e-commerce – no, not subscription commerce – but an online store for kids’ clothes which you can buy new, then return when the clothes are outgrown for a credit towards future purchases. The gently worn clothes will be resold on a separate section of the website, while those that were worn a little less than gently are donated to charity.

The site actually soft-launched four months ago in Germany, and the startup, now based both in Munich and L.A., plans to operate its European and U.S. version simultaneously, According to co-founder Robert Rebholz, who built KinderStuff alongside Sebastian Schmoeger and Dr. Alexander Reichhuber.

Rebholz notes that they had seen the rise on online brands like Warby Parker for eyewear and MeUndies for undergarments, as well as interesting startups in the kids’ fashion space like subscription-based Wittlebee, but no online brands yet that sold their own private label. (Wittlebee is actually working on its own private label brand, following the acquisition of Cottonseed Clothing, but I think the point Rebholz was making is that its current business model is remarkably different from his. We should also point out that there are kids’ private labels manufacturers out there, but they generally don’t sell direct to consumers online.)

The clothing sold on the KinderStuff site at launch is aimed at those aged 0 to 2, but the plan is to quickly expand into the 2 to 6 range for both boys and girls. The site offers around 45 pieces on its German version, and 15 pieces in the U.S. including t-shirts, onesies, long-sleeve shirts, and more. New items are somewhat pricey – $15 to $25 each – but this is an organic, eco-friendly and sustainable line, built in collaboration with designers in some cases, so they feel they can ask higher price points than something you’d find at Target, for example. (Designers get a percentage of sales which varies, we’re told).

The online second-hand store will arrive in around three months, after the e-commerce side has time to ramp up.

The clothes are manufactured in local markets – Germany or just outside L.A., as the case may be – which Rebholz says actually works for the brand. In just four to six weeks, production can respond to they can move from the design process to selling, and respond quickly to demand.

“We don’t have any middleman, so we don’t have to build up huge inventories at traditional retailers,” Rebholz adds. “So we can actually see as we have demand for certain products, and we can then satisfy the demand on the go.”

The company, now a team of eight, had previously raised a $300,000 seed round and is in the final stages of closing $700,000 now, with mainly Germany angels participating and one VC.

TechCrunch readers can get a discount on their order using the code “TechCrunch” at checkout. Only standard shipping is available, and clothes will arrive within five days of ordering. 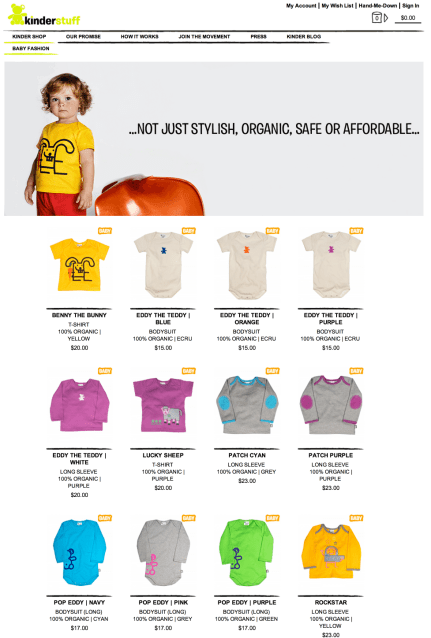