We have two guests joining us in the TechCrunch TV studio in the coming week for our Ask A VC series, where you put VCs in the hot seat. First up we have Menlo Ventures Managing Director Shawn Carolan. Later in the week, we’ll be joined by Kleiner Perkins’ partner Matt Murphy.

As you may remember, you can submit questions for our guests either in the comments or here and we’ll ask them during the show.

It should be interesting to see what technology plays Carolan, who focuses on consumer tech investments for Menlo Ventures, is excited about next. He’s made some pretty big bets, and has led investments in IMVU, Telenav, YuMe, Siri (in which Menlo was the first investor), PlaySpan (acquired by Visa), and CinemaNow, acquired by Rovi. Menlo Ventures just saw the departure of Shervin Pishevar, and the addition of newest partner, Venky Ganesan. 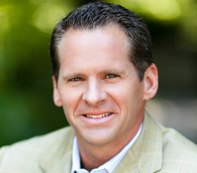 Murphy is focused on investments in mobile and cloud infrastructure technology, helping lead investments in Shazam, Shopkick, textPlus, Aerohive and others. Murphy, who also manages the iFund (an initiative with Apple that focuses on funding and building defining applications on the iOS platform and the mobile internet) was also a board observer at Google (from initial investment to IPO).

We’ll be asking Murphy about the next wave of disruption in cloud infrastructure, as well as what mobile app development companies he’s most excited about these days.

Please send us your questions for Carolan and Murphy here or put them in the comments below!