The technology industry has gone barking mad. Last week I got pitched by a dog named Mitzi. “We are Europe’s BarkBox“, yapped the excitable dachshund, before explaining that UK-based Fings For Fido is a subscription service where each month dog owners are sent a box of “canine goodies”, such as dog treats, toys, and grooming products. Alternatively, the startup offers one-off boxes as a way to sample the service or marketed around a particular calendar event, such as a Christmas box or one for Valentine’s Day (yes, even our four-legged friends adhere to Cupid’s timetable, apparently).

The concept isn’t new, of course. Along with BarkBox in the U.S., there’s BestFriendBox, while Fings For Fido has a direct competitor this side of the pond in the form of the recently launched PoochPack. However, it’s the type of products that end up in each box and the community feel of the site that Fings For Fido claims sets it apart from the competition. 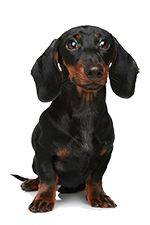 “Our edge on the other UK markets is our approach”, yaps Mitzi, no doubt wagging his tail. “We are not just looking at getting cheap product delivered to the customer via a subscription. With our dog behaviourist we want to make sure that what we are sending our customers is actually better for your pet.”

The dog behaviourist — whatever that is — that Mitzi refers to is actually one of Fings For Fido’s co-founders. “She gives us key guidance on what is beneficial to a dog and what is just a marketing gimmick.”

In addition, curated content, such as free articles offering pet advice and an active social media presence, plays an important supporting role. “We are really trying to create a real community around our brand and give passionate dog owners a place to discuss and share their experiences with dogs”, yaps Mitzi.

And, in an effort to “give back”, the company has aligned with the organisation “Hounds for Hero’s” in the UK by promising to donate a portion of its profit to the charity from each Fings For Fido box sold.

Bootstrapped and soft launched last November, Fings For Fido began by purchasing the contents of each box from suppliers as would any retailer. However, with the subscription model catching on in the UK and raising awareness amongst the pet industry, the company says it’s now being approached by suppliers, such as independent pet bakeries and various other dog products who want in on the action and see it as a good marketing opportunity.

Fings For Fido’s tech (what little there is) is bespoke, too, shunning an off-the-shelf e-commerce solution to enable it to add additional features such as QR codes on each box that link directly to a feedback page, essentially creating a 360 degree loop that circles online to offline and back again, and helps suppliers and Fings For Fido itself learn more about what works and what doesn’t. The company has also been experimenting with “flash sales” on its Facebook page, with some success.

“The pet and specifically the dog market is a highly emotional and passionate space, people love their dogs and like to spend money on them,” adds Mitzi, sounding less and less like a real dog.

“In the UK and Europe getting new and exciting products has predominately been left to the pet owners in that they had to search for and find new products, and make a decision about how good the product is for their pets. We want to solve that by offering new and exciting products to these owners via a monthly goodie box, so they get the latest, most nutritional product delivered directly to their doors,” he says.