Another service has jumped on the “easy” site creation bandwagon, this time a small startup out of the Philippines, called Infinite.ly.

The company competes with players like Wix.com to offer the HTML-challenged a way to get a website up and running, and offers a number of drag-and-drop widgets to do so.

Users are started off with a selection of templates which they can customize. Once created, a site can be previewed and published to the Web, as well as a separate version for mobile browsers. The site publishes a Facebook-friendly version of itself too, but is restricted by Facebook to hiding in a tab in a company’s page. When I tried it, the site ran quickly and smoothly on a cellular data connection.

The site also has a tie-up with a domain registrar to allow users to sign up for a custom domain within its interface. 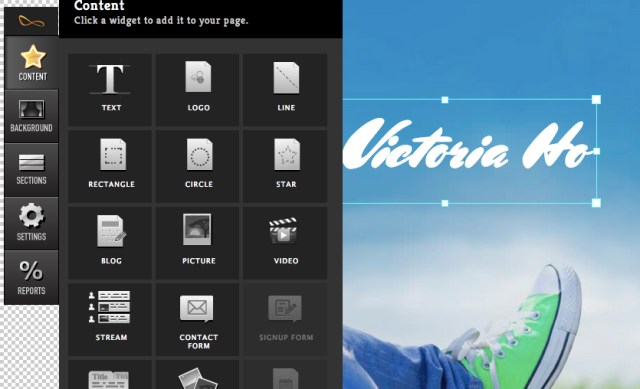 In October last year, Wix started opening up to third-party developers by offering an SDK that would allow them to offer their content for Wix’s platform. The service had 25 million users at the time.

Infinite.ly’s founder, Luis Buenaventura, acknowledged that the company has stiff competition in the market in the form of Wix, but said that he’s eyeing some of the newer users in emerging markets such as his home country. The company is in the midst of talking to one of the larger banks in the Philippines, and might strike up a deal to cross-sell Infinite.ly to new small business owners when they open bank accounts.

Infinite.ly has a team of four full-time staff, and started in 2010 with $500,000 in seed funding from Filipino investor Winston Damarillo. The latter owns LA-headquartered cloud infrastructure company Morphlabs and Exist, a software development company in the Philippines.