The company formerly known as RIM is holding its first developer event in Europe since launching its new BlackBerry 10 platform last Wednesday. Speaking at the BlackBerry Jam event in Amsterdam, UK MD Stephen Bates said the launch of the first BB10 device — the full touch Z10 — has exceeded expectations, with some U.K. retailers selling out a few days after launch. Bates did not, however, put any concrete figures on early sales. The U.K. was the first market to get the Z10 but the device will launch in Canadian today, and additional European markets this week, including France, Germany, Switzerland, Spain and the Netherlands.

“The response we’ve seen exceeded all of our launch partners’ expectations. Customers are choosing to buy the BlackBerry Z10 in large numbers,” said Bates. “In fact some of our partners have told us that they sold out over the weekend in some of their key retail locations.

“The partners’ call centres are also flooded with calls, as people phone to ask for more information about the device, and also where and how to buy it.”

Historically, the U.K. has been a strong market for BlackBerry — especially with the youth sector. Orange commissioned research last November suggested close to half of U.K. teens still owned a BlackBerry. But of course the company needs to win over more than just the youth market with BB10 if it is to turn the platform into a sustainable mobile ecosystem and keep developers working for it generating the apps that are, in turn, needed to attract and grow the user-base.

Alec Saunders, VP Developer Relations, BlackBerry, also took to the stage in Amsterdam to talk to BB10 developers (and sing another song — this time a twist on ‘At Last‘). The themes BlackBerry wants to encourage for BB10 apps are “integrated, social and beautiful”, he said. “Don’t just port the apps you’ve built over — build us applications that are specifically for BlackBerry 10.”

“We launched BB10 with the absolutely largest number of apps for any first generation platform,” he added, referring to the 70,000 apps at launch. “New apps are roaring into the BlackBerry store at a rate of over 1,000 a day.”

The company also talked about the forthcoming Q10 physical Qwerty touch hybrid BlackBerry — demoing a new ‘type and go’ universal search feature that extends context-aware search to the device, and announcing it has updated the BB10 SDK to enable developers to tailor apps for the Q10’s smaller screen and physical keyboard.

Writing in a blog about the SDK update, the company said: “The focus of these SDK updates is not on net new functionality, but instead around updates needed to support the [Q10’s] 1:1 form factor, and screen resolution, allowing you to easily build a single application for both the full touch and physical keyboard devices.” 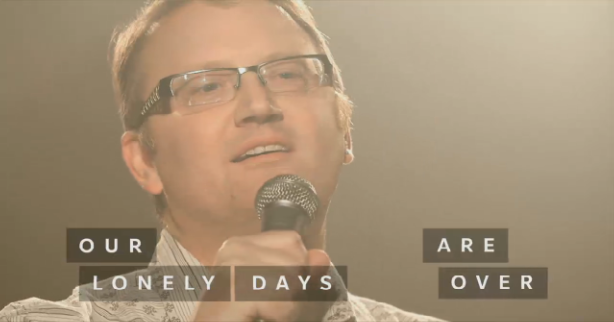