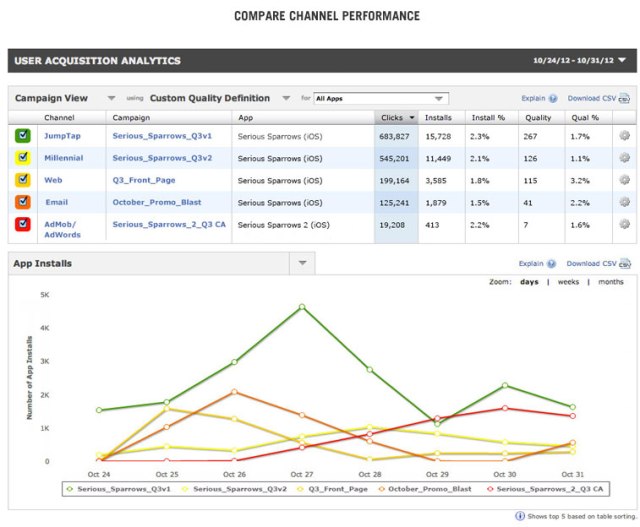 San Francisco’s Flurry initially got its reach through offering a basic package of analytics that more than 95,000 different developers snapped up.

But as the iOS and Android ecosystems have matured, app makers are getting more sophisticated. The biggest ones often juggle 30 to 40 ad networks and marketing channels, and need to understand which ones perform the best.

So Flurry’s rolling out user acquisition and crash analytics today. The company’s crash analytics lets developers get automatic alerts on new errors and common crashes. They can then diagnose where these errors are originating from with full stack traces including symbolication.

The company’s user acquisition analytics helps app marketers understand how much they’re spending for users on different cost-per-click and cost-per-install advertising campaigns and e-mail marketing campaigns. They can evaluate the users they get through these different channels based on how long they end up staying with an app, how often they engage with it or how much they spend on it.

Both are free and are part of the same analytics SDK that developers regularly use. The user acquisition or marketing analytics are available now on both platforms, but crash analytics is in beta for Android and will come out for iOS later this month.

In crash analytics, Flurry faces off against Crashlytics, which Twitter recently acquired. In user acquisition analytics, Apsalar’s ApScience looks at marketing campaigns to see how effective they are. Similarly, there are a host of game-centric service providers like Chartboost and Playhaven that may veer in this direction as well this year.

Flurry build its crash analytics solution with Plausible Labs, which is the creator of the Open Source PLCrashReporter, already relied upon by thousands of developers. Flurry says it improved that reporting solution, by no longer requiring developers to keep track of dSYM files, implement custom configurations that include symbols and increase the size of their app to get actionable crash reports.

As for the company itself, Flurry recently took $25 million in funding led by Crosslink Capital, the late-stage firm that backed Pandora ahead of its offering. The company, which has been around since 2007, used analytics to cultivate relationships with thousands of developers, which they later parlayed into an advertising business that now produces about $80 to $100 million in revenue every year. 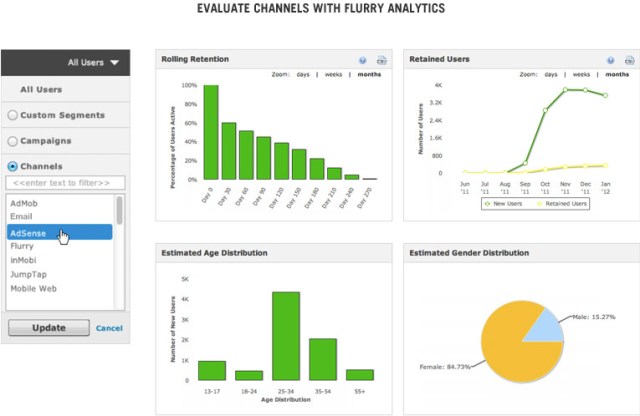