There’s a ton of good news today for ride-sharing service Lyft. The company has struck a deal with the California Public Utilities Commission that will remove fines and allow it to continue operating in the state. It also announced plans this morning to expand its service to Los Angeles.

The move into L.A. marks the first expansion market for Lyft, which became available to riders in San Francisco last summer. To expand into Southern California, the company sent a team to recruit drivers and build the initial community infrastructure in the city. That means interviewing drivers, inspecting their cars, and generally attempting to instill the Lyft culture into the new market. In addition to its launch team, it’s also hiring a GM and community manager to handle local outreach.

Due to the general sprawl of L.A., Lyft will be rolling out across various neighborhoods of the city over time. First up is Santa Monica, Venice, and the area west of the 405 freeway, where the company will have 100 drivers at launch on Thursday morning. Over time, Lyft plans to expand into more neighborhoods, gradually moving east to serve West Hollywood, Downtown L.A., and Silverlake. 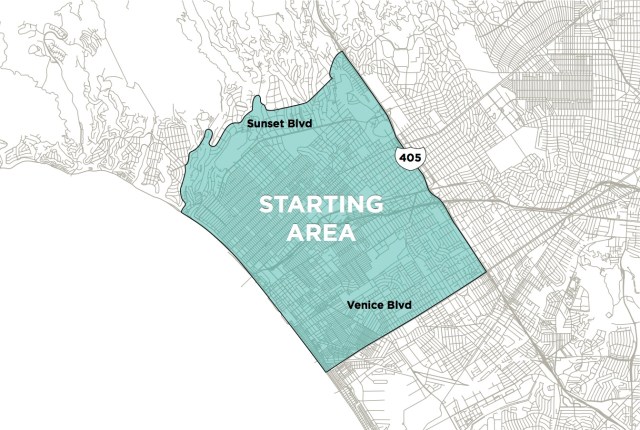 Lyft isn’t the only ride-sharing service that is looking to broaden its footprint. San Francisco-based competitor SideCar recently launched its service in the Seattle area, and is looking to expand even more aggressively in the coming months.

Lyft’s L.A. expansion comes as it has reached an agreement with the California PUC, which regulates transportation systems in the state. In November, the regulator’s enforcement division issued fines of $20,000 to Lyft, SideCar, and Uber for operating unlicensed charter-party businesses in the state. The fines came a few months after the regulator issued cease and desist letters against the ride-sharing services.

Since last year, however, the CPUC has been working on potential new regulations that could make ride-sharing legal in the state. In December it issued a proposal for new rulemaking that would take a look at new transportation services in the mobile and digital age. The regulator had also sought public comment from interested parties — taxi and limo operators, as well as the ride-sharing companies themselves — and just closed the comment period Monday.

Some might say that ride-sharing companies are currently operating illegally, while others would argue that they’re operating in a legal gray area. What’s clear right now is that they don’t fit under the PUC’s current regulatory framework. As a result, it is considering the possibility of defining a new class of transportation services that relies on mobile technologies for electronic hails and uses GPS to measure distance for fares.

There’s also the question of driver and rider safety. The PUC currently has rules to ensure that charter party services (i.e. limo services) do background checks on drivers and that those drivers are insured. But services like Lyft and SideCar argue that they go above and beyond the current necessary requirements for DMV and criminal background checks. Furthermore, since the mobile apps tie an identity and rating system to drivers, they can ensure a higher quality of service than transportation services with no such feedback loop.

In the same way that Uber has paved the way for e-hail transportation apps and charging fares based on GPS location technology, Lyft and other services are getting regulators to take a hard look at connecting communities of unlicensed drivers and passengers who need rides. We’ll see what happens with the rulemaking process itself, but all signs seem to be positive for keeping Lyft on the road, in San Francisco and now L.A.