With Facebook’s incredibly hyped IPO now over, longtimers at the company are naturally exploring the question: what does life after Facebook hold? Some are years into new startups of their very own, while others are funemployed.

But a small group is getting into philanthropy and giving back. The latest of these projects is the A3 Foundation, which is launching at the Sundance film festival today and supports Asian-American artists in film and other creative industries. 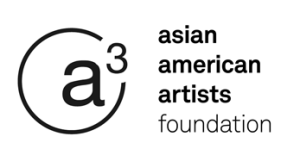 “When Phil was growing up, he didn’t see a lot of role models on television. He wanted to help fix that,” said Lam, who was part of an Asian American theater group while an undergraduate at UCLA. “Our feeling is that there is a lot talent out there. They just need a longer runway to help develop their skills. It’s something that we felt like we could help with.”

At the same time, social networking and sites like YouTube have allowed Asian American artists to flourish and reach audiences in ways that the traditional film and television industry have not. The top four independent YouTube creators, like Ryan Higa, FreddieW, Michelle Phan, Kevin Wu/Jumba, have seen more than 3.5 billion views and attracted 20 million subscribers.

A3 is running two programs at the moment. One gives artists $10,000 to $20,000 in grants along with mentors and other connections. There are currently three fellows including Christopher Dinh, Jerome Villarin and Samuel Bay. You can see some of their work here:

A second program is a partnership with the Sundance Institute to sponsor a fellow in their Director or Screenwriting Lab in 2013 or 2014. The normal Sundance fellowship is very competitive with about 2,000 applications for about 25 slots.

Grantees don’t actually have to be Asian-American. They just have to be passionate about telling stories about the Asian-American experience in the media. They also don’t necessarily have to be filmmakers. Lam said they would be open to artists in dance, and other creative fields.

They’ll be self-funded the first year, and hope to see about five to 10 fellows in the next year.

Lam, Fung and Chien follow a slew of other Facebookers who have gone into philanthropy or social good-related startups and projects. While Mark Zuckerberg donated $100 million to the Newark school system, Dustin Moskovitz started his own foundation called Good Ventures and Chris Hughes launched Jumo and bought a stake in the New Republic, plenty of mid-level Facebookers and rank-and-file have pursued their own charitable work too.

Justin Mitchell, who was a photos and videos engineering manager, later started Pave, which connects young, talented people with financial backers who support them in exchange for a percentage of their future earnings. Yun-Fang Juan, who was one of the founding engineers behind Facebook ads, went to Khan Academy before joining a Facebook commerce startup called Soldsie. Luke Shepard, who was an engineering manager for Facebook’s mobile platform, became chief technology officer of eSpark Learning, which is trying to personalize education for elementary and middle school children. Then Ben Blumenfeld started Designer Fund, an angel fund that mentors designers and helps them start companies.