When you sit back and think about how far Twitter has come since it launched in 2006, its rise to glory is impressive. It’s difficult to make your way through a day without seeing a tweet referenced on television, the radio, or on a news website. It doesn’t mean that Twitter is the biggest or most popular company or service in the world, but it does prove that its social impact has reached a level that not many technology companies have reached.

When you want to search for something online, you “Google It.”

When you want to connect with friends, or someone that you just met, you “friend them on Facebook.”

When Twitter’s co-founder, Jack Dorsey, accepted the award for Biggest Social Impact at The Crunchies last year, he started off his acceptance speech by saying:

This award is all about our users.

It always has been. Very rarely does a service become a utility that connects us and pops up in our day-to-day lives quite like Twitter has. Whether you’re taking pictures of your cat or sharing a quick story about what you saw on the Golden Globes, Twitter is there. And it always will be.

Take a look back at that Crunchies moment here:

Revisiting that moment excites us, as we look forward to this year’s Crunchies, which also has Biggest Social Impact as a category. It will reward the startup or service that did its best job to change the world in one way or another in 2012. Twitter could win that award every year, but it’s nice to see new names pop up. You should go vote for your favorite.

I spoke with Twitter’s VP of Product, Michael Sippey, about how Twitter continues to evolve and infuse itself into our daily lives:

You won our Crunchie award last year for “Biggest Social Impact.” Clearly, Twitter has made a difference in the world. What are you folks most proud of as a company? 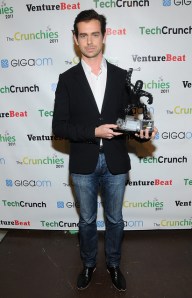 I bet that if you asked 100 people around the company what they’re most proud of in terms of the difference Twitter has made in the world, you’d get 100 distinct answers. But I think the common theme you’d hear is that people are proud of building a platform for communication that, because of its constraints, is used in so many unique and powerful ways around the world.

As you work at Twitter on a daily basis, do you get to stop and think about all of the people who are now connected and informed because of what you’re building?

You know, it’s interesting. As a team, we spend a lot of time looking at data: analyzing how people around the world are using Twitter, where our growth is coming from, etc. Having access to that data and using it to inform product changes and new features is an important part of how we work. So, there’s a constant awareness of the sheer scale of what we’re doing. But there are these great moments when we hear stories from Twitter users about what the product means to them and how it’s impacted their lives. It’s very easy to get lost in the data. But it’s inspiring — and humbling — to hear someone like Ai Weiwei talk about what Twitter means to him.

Personally, have you had a moment where even you were surprised by how impactful Twitter has become in the world? 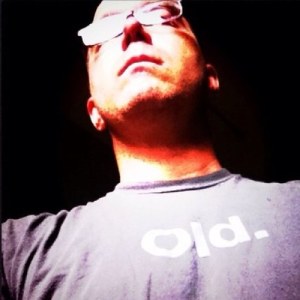 I’ve been at Twitter about a year now, and it feels like I’ve had one of those every week! A couple of those moments stand out, though. First, this past summer during the Olympics, I was following a bunch of athletes. Olympic athletes, to me, have always had this superhuman quality about them. They’re Olympians, after all! But following them on Twitter, every day for two weeks there were these recurring moments of seeing that all these Olympians are really just high school and college kids in London, having the time of their lives. Sure, they’re incredibly gifted athletes who had trained most of their lives to be there. But there they were, making goofy faces at their cell phones and tweeting at celebs, like the rest of us. Seeing the human side of these super star athletes was the best part of the games for me.

Second, and this has been talked about a bunch so I won’t belabor it, but election night for me was mind-blowing. Watching news organizations call results on Twitter, sometimes quite a while before television stations had the results, and then seeing the conversation spike on Twitter — it really did feel like a seminal moment. And then the president’s tweet: “Four more years.” Amazing.

What things do you have planned for this year and the future to make even more amazing things happen online and off?

We’re constantly amazed by the creative and inspiring ways people use the product — to find out what’s going on, to share what’s happening in their part of the world, to connect with each other. Our job is to make Twitter faster, simpler and easier to use, so that more and more people can do that every day. One of the things I’m most excited about is making it easier for people to find more great content on Twitter — Tweets, photos, trends, conversations, people to follow — and doing it in a way that’s fast and easy, especially on your phone. And we have a lot more coming that I can’t tell you about.

You’ve done things in the community, like helping folks out who are less fortunate. Is there more of that to come?

Definitely. Making a positive difference in the world is one the reasons people come to work at Twitter. As a result, many employees are active members of the community, volunteering regularly at places in our neighborhood like Glide Memorial Church. We also have initiatives like #FridayForGood, during which we encourage employees to spend at least a couple hours doing volunteer work on a particular Friday. #FridayForGood and community work in general are not limited to our San Francisco office either; employees in other offices share the same values and place equal importance on volunteer work.

It’s evolved over the years, but explain Twitter, as you see it, in 140 characters or less.

Twitter is the pulse of the planet, and my lifeline to the things I care about. Especially Taylor Swift.

In Twitter’s end-of-year report, it was plain to see how important Twitter has become to many of us. The most popular tweet of 2012 was from President Obama (above) showing him in an embrace with his wife after he won his re-election. As of today, that tweet has been retweeted 818,559 times. Assuming that each retweet came from an actual person, it’s impressive to think that one simple message, with a photo attached, was re-shared by almost a million people.

That’s social impact. Who will take the Crunchie this year?

7:30pm – midnight – Awards Ceremony and After Party
A night of celebration with festive attire.

Voting closes: Thursday, January 24th at 11:59pm PST
Winners will be announced on stage at the Crunchies.

Our sponsors help make the Crunchies happen. If you are interested in learning more about sponsorship opportunities during the ceremony or after-party, please contact sponsors@beta.techcrunch.com.

For press credentials, please fill out this request form, and confirmations will be sent separately via email.